Question: Doesn’t Christ’s parable of the rich man and Lazarus prove that we immediately go to heaven or hell after death?

Answer: The parable of Lazarus and the rich man (Luke 16:19-31) is often cited as proof of life immediately after death and that ‘good people’ go to heaven and ‘bad people’ go to hell. But there are several reasons why the Bible makes it clear that we should not take this parable literally for it is figurative.

The first reason is the use of the word hell. The Greek word for hell in Luke 16:23 is hadēs which literally translated is “grave,” or “death.” Hadēs is the abode of all men, good and bad, until the Resurrection. Literally, Lazarus would be there also after dying. Jesus said that rewards and punishment are give at His coming and not at death ,“Marvel not at this: for the hour is coming, in the which all that are in the graves shall hear his voice, And shall come forth; they that have done good, unto the resurrection of life; and they that have done evil, unto the resurrection of damnation” (John 5:28, 29; also Luke 14:14; Matthew 16:27).

The Greek word gehenna, which is not used in this parable, is used for the ‘hell’ that people experience punishment and fiery torment. The idea that at death men go to a place where they suffer “torment” is completely foreign to the Bible, which plainly teaches us that “the dead know not anything” (Ecclesiastes 9:5). Jesus Himself compared death to sleep (John 11:11, 14). To conclude from this parable alone that Jesus was teaching that at death the wicked are taken to a place of torment and the righteous immediately go to heaven is to make Him here contradict His plain teachings on the state of the dead in other occasions, as well as the teachings of the Bible as a whole. The significance that Jesus used the word hadēs and not gehenna here adds to the fact that He was speaking figuratively.

The second reason is found through the analysis of Luke 16:23-31 in the dialogue between the rich man in “hell” and Abraham in heaven. Can it be that heaven and hell are within speaking distance, and that those in heaven witness the suffering of friends and loved ones in hell without being able to alleviate their torment, while those in hell can observe the bliss of the righteous in heaven? Yet this is precisely what this parable teaches if it is to be taken literally.

There are many who believe this parable to be literal and argue that “Abraham’s bosom” is only a figure of speech and that the saints are not literally all resting in his “bosom.” They also say that the proximity of heaven and hell here pictures is also purely figurative. How can parts of a parable be figurative without the whole being figurative? This is not a defined or consistent principle of interpretation.

The third reason for pointing out the figurative character of this parable is found in Luke 16:24 when the rich man asks Abraham that Lazarus dips his finger in water to relieve the rich man of the heat of the torment. Can a drop of water from a finger alleviate burning heat? Again, this is not realistic and thus figurative.

Obviously, Jesus is relating an imaginative story designed to make a certain and particular truth clear concerning the relationship between this life and the next, how the works of this life determine which life we receive in the end,  and does not intend His words to be taken literally. In addition, this parable itself disproves the belief that immortal, disembodied souls, go to heaven or hell for disembodied spirits logically do not have fingers (v. 24), or eyes (v.23), or a tongue (v. 24). Parables cannot be taken literally. If we took parables literally, then we must believe that trees talk (read the parable in Judges 9:8-15.)

The point of the story is found in verse 31 of Luke 16, “‘If they do not hear Moses and the prophets, neither will they be persuaded though one rise from the dead.’” And to prove this point, a few weeks after narrating this parable Jesus raised from the dead a man named Lazarus, as if in response to the challenge of the Jewish leaders for greater evidence than they had heretofore. But that very miracle led the leaders of the nation to plot harder against Jesus’ life (John 11:47–54). 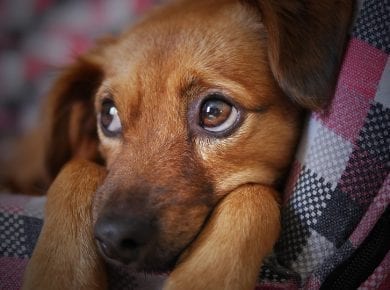 This answer is also available in: हिन्दीYou have asked a question that many dog and animal lovers have wondered about. Most people would like to see their pets in heaven.…
View Answer 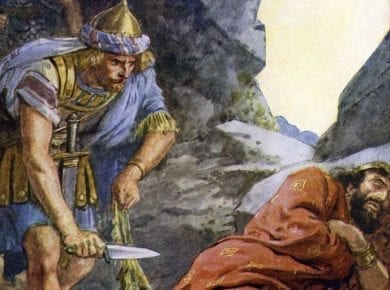 This answer is also available in: हिन्दीAlthough David had killed men in war, he would not kill king Saul that wanted him dead (1 Samuel 26:24). In one incident, Saul…
View Answer