The Bible records a farewell meeting which Paul had with the believers in Troas:

“And we sailed away from Philippi after the days of unleavened bread, and came unto them to Troas in five days; where we abode seven days. In addition, upon the first day of the week, when the disciples came together to break bread, Paul preached unto them, ready to depart on the morrow; and continued his speech until midnight… there were many lights in the upper chamber, where they were gathered together. And there sat in a window a certain young man named Eutychus, being fallen into a deep sleep: … fell down from the third loft, and was taken up dead… Paul went down, and … said, trouble not yourselves; for his life is in him. When he therefore was come up again … talked a long while, even till break of day, so he departed… And we went before to ship, and sailed unto Assos, there intending to take in Paul: for so had he appointed, minding himself to go afoot” (Acts 20:6–13).

It is clear that this farewell meeting (v. 25) was held on at night because there were lambs (v.8) and Paul preached until midnight. The meeting was held on the dark part of the first day of the week.  At that time, days were not counted according to the pagan Roman method, from midnight to midnight.

The Jewish reckoning of time according to the Bible begins at evening as seen in Genesis 1 and Leviticus 23:32; Mark 1:32; Deuteronomy 16:6; Nehemiah 13:19…etc. This definitely places the first moments of the Sabbath at sunset, when it is beginning to be dark.

Meeting was held on Saturday night

Now if we apply these verses to the first-day meeting of Paul in Troas, it is clear that the meeting was held on Saturday night. And this clear for the New English Bible begins Acts 20:7 like this: “On the Saturday night in our assembly …”

This story tells us that the Sabbath ended at sundown, and the first day of the week began. Paul, who had stayed seven days so that he could be with the people over the Sabbath, decided not to leave with the ship on Saturday night. Instead, he fellow-shipped all night long with the believers and then walked twenty miles across the peninsula on Sunday morning to join the boat at Assos.

It is clear that neither Paul or his companions would not have traveled until the Sabbath was over on Saturday night. Traveling at sea would be no more proper for a holy day than Paul’s twenty-mile walk across the isthmus on Sunday morning. The disciples would not conduct these secular activities on God’s holy Sabbath.

And even if that farewell meeting had included the Lord’s supper, this doesn’t give any credence to Sunday observance because Acts 2:46 teaches that the believers broke bread daily.  Thus, we can see that there is no indication in this Scripture passage that the first day is holy. Nor there is evidence that the Sabbath had been changed. 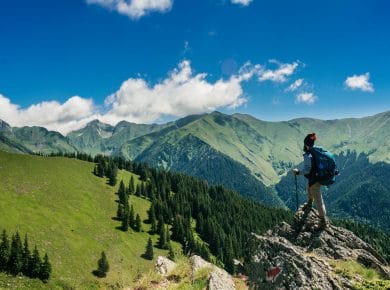 Table of Contents RestPraise, study and prayWorship in churchActs of mercyNature activitiesGod’s promise of blessing This answer is also available in: العربيةJesus said, “The Sabbath was made for man” (Mark…
View Answer 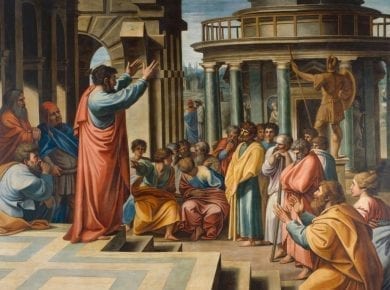 Table of Contents 1-It was Paul’s custom to observe the Sabbath.2-Paul continued in keeping the Sabbath not just with the Jews but also with the gentiles.3-The apostle kept the Sabbath…
View Answer