St. Malachy, whose family name was Ua Morgair, was born in Armagh in 1095. Malachy was ordained priest by St Cellach in 1119 and later became Archbishop of Armagh, Ireland. To him was attributed the “Prophecy of the Popes.“ The prophecy of popes was 112 short, cryptic phrases in Latin which allegedly predicted the last Roman Catholic popes.  It began with his contemporary Pope Celestine II and continued through the next 112 Popes. According to Catholic tradition, Malachy’s prophecy remained hidden until AD 1590, when it was published.

Malachy’s prophecy has come in the spotlights because of the sudden and unexpected resignation of Pope Benedict XVI. According to Malachy’s timing, the following Pope Francis I will be the last and final pope.

Here are the cryptic phrases about the last five popes:

The last prophecy of the final pope states: “In the final persecution of the Holy Roman Church there will reign Peter the Roman, who will feed his flock amid many tribulations, after which the seven-hilled city will be destroyed and the dreadful Judge will judge the people. The End.”

While some have tried to find meaningful connections between these descriptive phrases and certain characteristics about the popes, others see them as vague and obscure phrases. Historians generally conclude that the prophecies of St. Malachy are a fabrication written shortly before they were published.

So, should Bible believing Christians give heed to the prophecy of St. Malachy and the last pope?

The Bible gives the answer in Isaiah 8:20, “To the law and to the testimony! If they do not speak according to this word, it is because there is no light in them.” Isaiah here directs men to the Word of God as the final authority on Future and final events. God has revealed His future plans in His Word. Whatever men may say that is not in harmony with that Word then they have “no light” in them (Isaiah 50:10, 11).

And because the Catholic Church has adopted many unbiblical doctrines and have openly upheld men’s traditions above the law of God, believers should not heed the prophecies of its priests as from God.

The believers need to steer away from the wisdom of men to the wisdom of God that is revealed in the scriptures. The books of the Bible especially Daniel and Revelation contain God’s true end time prophecies “We have also a more sure word of prophecy; whereunto ye do well that ye take heed, as unto a light that shineth in a dark place, until the day dawn, and the day star arise in your hearts” (2 Peter 1:19). 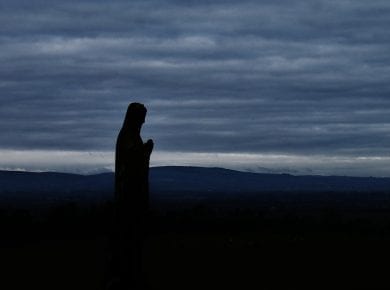 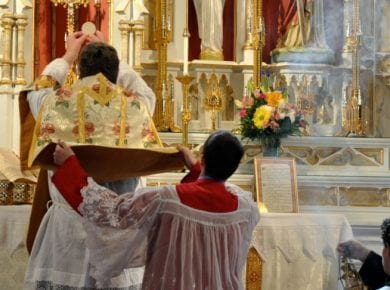 This answer is also available in: हिन्दीThe Bible speaks of only one infallible guide left by God for His church. It is the written Word of God, not an infallible…
View Answer