Today’s Bible manuscripts are 99% agreement with one another. There are some minor differences in punctuation, word endings, minor grammatical issues, word order, etc. – issues easily categorized as scribal mistakes.

Biblical manuscripts from the 15th century agree completely with the ones from the 3rd century. The Bible we have today is almost exactly identical to what the apostles and prophets wrote 2000+ years ago. The fact that the Bible is incredibly accurate is a testimony to its inspiration and preservation by God.

For the Old Testament, manuscripts existed from the Dead Sea Scrolls (before the New Testament period) revealing the accuracy of the Hebrew and Aramaic text as it would have been known to people in the time of Jesus. A large finding of Old Testament manuscripts in Cairo (called the Cairo Geniza) also supports the amazingly high degree of accuracy of the Old Testament writings. The library includes more than 200,000 manuscript fragments from as early as 870 AD. Other early copies of large parts or the entire Old Testament include the Aleppo Codex (tenth century) and the Leningrad Codex (approximately 1008 AD).

Second Timothy 3:16 teaches, “All Scripture is breathed out by God.” Second Peter 1:21 adds, “For no prophecy was ever produced by the will of man, but men spoke from God as they were carried along by the Holy Spirit.” Both verses clearly note Scripture is from God and would therefore be perfect when originally given. 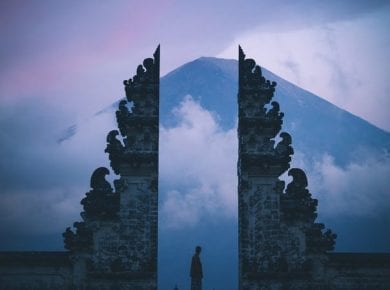 Many have wondered how many chapters are in the Bible. Based on the King James Authorized version, the following table delineates how many chapters, verses, and words there are in…
View Answer