The word “Sunday” is not mentioned in the Bible. But the phrase “first day” is mentioned only eight times. If the day of worship was changed from the seventh day to the first day by Bible authority, then we must find that authority in one of these eight texts. Let’s review these verses:

The eight verses that mention Sunday (first day) of the week

“In the end of the sabbath, as it began to dawn toward the first day of the week, came Mary Magdalene and the other Mary to see the sepulcher” (Matthew 28:1).

“And very early in the morning the first day of the week, they came unto the sepulchre at the rising of the sun” (Mark 16:2).

“Now when Jesus was risen early the first day of the week, he appeared first to Mary Magdalene, out of whom he had cast seven devils” (Mark 16:9).

“Now upon the first day of the week, very early in the morning, they came unto the sepulchre, bringing the spices which they had prepared, and certain others with them” (Luke 24:1).

“The first day of the week cometh Mary Magdalene early, when it was yet dark, unto the sepulchre, and seeth the stone taken away from the sepulcher” (John 20:1).

“Then the same day at evening, being the first day of the week, when the doors were shut where the disciples were assembled for fear of the Jews, came Jesus and stood in the midst, and saith unto them, Peace be unto you” (John 20:19).

“And upon the first day of the week, when the disciples came together to break bread, Paul preached unto them, ready to depart on the morrow; and continued his speech until midnight” (Acts 20:7).

“Upon the first day of the week let every one of you lay by him in store, as God hath prospered him, that there be no gatherings when I come” (1 Corinthians 16:2).

None of the above verses teach that “the first day of the week” is a holy day of rest or being sacred. In none of these verses can we find a single hint of Bible authority for Sunday sacredness!

When did the change from the seventh to the first day take place?

In the fourth century, the Roman emperor Constantine, professed conversion to Christianity in an effort to unite the pagans and the Christians. He named himself Bishop of the Catholic Church and enacted the first civil law regarding Sunday observance in A.D. 321. He stated, “On the venerable day of the sun let the magistrate and people residing in cities rest, and let all workshops be closed. In the country however, persons engaged in agricultural work may freely and lawfully continue their pursuits; because it often happens that another day is not so suitable for grain growing or for vine planting; lest by neglecting the proper moment for such operations the bounty of heaven should be lost.” —Schaff’s History of the Christian Church, vol. III, chap. 75.

The first official action of the Catholic Church expressing preference for Sunday was enacted at the Council of Laodicea in 364 A.D. Canon 29 of this council stated that: “Christians shall not Judaize and be idle on Saturday [Sabbath], but shall work on that day; but the Lord’s day they shall especially honor, and, as being Christians, shall, if possible, do no work on that day. If, however, they are found Judaizing, they shall be shut out from Christ.” 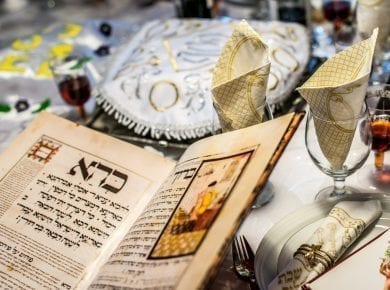 Colossians 2:14-17 abolishes only the yearly sabbath feasts (Leviticus 23) of the Mosaic Law which were “a shadow of things to come” and not with the weekly seventh-day Sabbath of…
View Answer