The Cedars of Lebanon, also called the “Cedars of God,” are spread across Mount Lebanon. They are mentioned in the Bible and still exist today. The Bible describes the Cedars as the “glory of Lebanon” (Isaiah 35:2; 60:13).

Today, the Cedar tree continues to be a symbol of Lebanon and is centered in their flag. The mountains of Lebanon were once covered by a thick Cedar forest that even spread down to the valley (1 Kings 6:9-18; 10:27). However, over the centuries, many nations such as the Phoenicians, Egyptians, Assyrians, Babylonians, Persians, Romans, Israelites and Turks exploited the Cedar trees for their outstanding wood quality. Consequently, the Cedar forests of Lebanon experienced deforestation and only a fraction of the great Cedars remain.

The Cedars of God

The Cedars of Lebanon are mentioned over 70 times in the Bible. They are even called “the trees of the Lord” that “He planted.”

To represent the Lord’s strength, His voice is equated to being so powerful it can break the Cedars of Lebanon.

The Bible also talks about the Cedars’ healing properties. For example, the priests used Cedar wood for the ritual cleansing of the leper (Leviticus 14:3-4).

In Numbers 19:6, the priest mixed Cedar wood, hyssop and scarlet with the ashes of a heifer to form a mixture. This ritual symbolized a cleansing from sin (vs. 9).

In addition, the ancients considered the Cedar and hyssop as having cleansing and medicinal qualities. Today, Cedar is still believed to hold such qualities. The leaves and wood are said to be antiseptic and expectorant. Thus, it is claimed that tea from the Cedar can disinfect the respiratory tract (naturalmedicinalherbs.net). However, it is advised to be used only in small doses as well as under the guidance of a medical professional.

The Glory of the Cedars

After the exile from Babylon, the Jews used Cedar timbers once again in the rebuilding of the temple (Ezra 3:7).

An example was King Sennacherib of Assyria who boasted of his power to destroy Israel. He proclaimed that he would go so far as to cut down the tall Cedars of Lebanon (Isaiah 37:24; 2 Kings 19:23). He was allowed as a threat to Israel due to Israel’s sin. However, God’s people prayed and the Lord pronounced destruction on this king which soon came to pass (Isaiah 37:36, 38).

Sadly, God’s people returned to their rebellious ways and again judgement was pronounced on Israel which was likened to a Cedar of Lebanon.

“Thus says the Lord GOD: A great eagle … came to Lebanon and took from the cedar the highest branch” (Ezekiel 17:3).

God’s nation fell because they refused to repent of their sins (Isaiah 30:1, 9). Therefore, Judah’s fall was likened to the fall of the lofty Cedars of Lebanon when cut down in their glory.

“Open your doors, O Lebanon, that fire may devour your cedars. Wail, O cypress, for the cedar has fallen, because the mighty trees are ruined. Wail, O oaks of Bashan, for the thick forest has come down” (Zechariah 11:1-2).

The Cedars of Lebanon are mentioned multiple times in the Bible. They are a symbol of strength, prestige and majesty. Thus, it is understandable that the Cedars are a source of pride to Lebanon which has endured the test of time. May God’s people grow in grace and in righteousness as the mighty Cedars of Lebanon that those who see them would be in awe of His glory.

“The righteous shall flourish like the palm tree: he shall grow like a cedar in Lebanon” (Psalm 92:12). 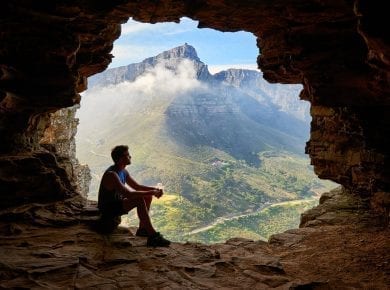 This answer is also available in: हिन्दीTrue religion is often shown in the Bible as an experience of peace (Isaiah 32:17; Acts 10:36; Romans 8:6). For God is known in…
View Answer 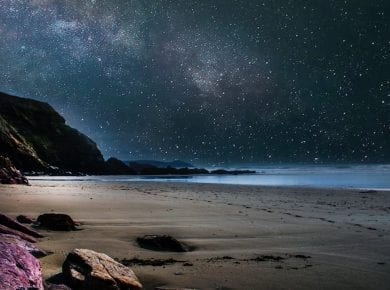 Table of Contents JesusPaulPeterJamesJudeJohn This answer is also available in: हिन्दीThe New Testament has many proofs that Genesis is not a myth for it contains at least 60 references to…
View Answer