Some claim that Christians are not permitted to sue. They base their belief on Matthew 5:39 that says, “whosoever shall smite thee on thy right cheek, turn to him the other also.” But turning the other cheek in this verse simply means that a person will accept abuses without retaliating. Here, Jesus was correcting the wrong understanding of the pharisees of “an eye for an eye” (Matthew 5:38-42). This misunderstanding was carried by the courts. Before Moses, the general practice for courts was to repay injuries with compound interest. So, Moses simply limited the judgement to a rightful sentence. An eye for an eye was not talking about personal revenge.

Paul teaches, “Dare any of you, having a matter against another, go to law before the unrighteous, and not before the saints? Do you not know that the saints will judge the world? And if the world will be judged by you, are you unworthy to judge the smallest matters? Do you not know that we shall judge angels? How much more, things that pertain to this life…” (1 Corinthians 6:1-8).

A Christian is not to sue another Christian in a secular court of law. For this action brings shame to the church. And it also belittles the power of God to guide His people in all their disagreements. Rather than seeking secular courts, the disputes should be judged by wise Christians in the church.

The Biblical resolution method states, “if your brother sins against you, go and tell him his fault between you and him alone. If he hears you, you have gained your brother. But if he will not hear, take with you one or two more, that ‘by the mouth of two or three witnesses every word may be established.’ And if he refuses to hear them, tell it to the church. But if he refuses even to hear the church, let him be to you like a heathen and a tax collector” (Matthew 18:15-17).

But if one Christian does not agree to resolve the dispute within the Church, then the other Christian is free to sue him in a civil court. Some Christians would rather show mercy than get involved in a Christian versus Christian dispute. Such disputes in the public courts can bring harm to the cause of Christ (1 Peter 3:18, Philippians 2:5-11).

There is no ban in the Bible against a Christian to sue a non-Christian in a secular court to resolve their legal disputes. For secular courts are designed by God to maintain law, order, and peace. Paul wrote, “Let every soul be subject to the governing authorities. For there is no authority except from God, and the authorities that exist are appointed by God.  Therefore whoever resists the authority resists the ordinance of God, and those who resist will bring judgment on themselves …” (Romans 13:1-7).

Lawsuits can become very quarrelsome, strenuous, and expensive to take on. And believers have the necessary means to wisely judge their problems. Therefore, going to court, while necessary in some cases, should be the last resort.

In some small instances, the Christian may apply the words of Christ. He said, “And if any man will sue thee at the law, and take away thy coat, let him have thy cloke also” (Matthew 5:40). And the Bible teaches it is “better to suffer wrong than to do wrong” (1 Peter 2:18-25).

Therefore, the Christian should first seek the Lord for wisdom and examine prayerfully his situation, motives, the other person’s circumstances. And then do what is right. 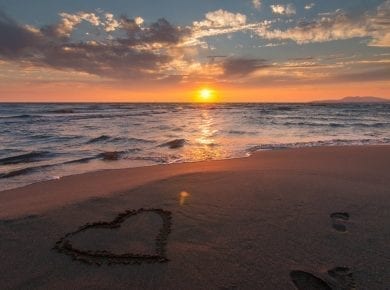 This answer is also available in: हिन्दीThe qualities of a good Christian are spelled in the word love – that is love to God and love to man. But how does…
View Answer 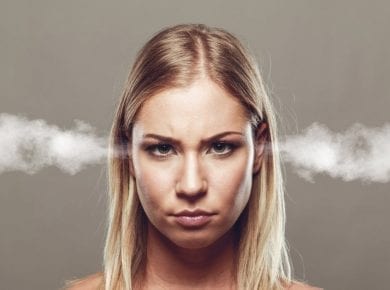 This answer is also available in: हिन्दी“Be ye angry, and sin not: let not the sun go down upon your wrath” (Ephesians 4:26). Some misunderstand this verse and take it…
View Answer