There are obvious contradicting views in the books of Mormons about the practice of polygamy. The Book of Mormon condemns the practice of plural marriages. The condemnation comes in a context in which Jacob denounced the wickedness of the Nephites in the 5th-6th centuries B.C.:

“But the word of God burdens me because of your grosser crimes. For behold, thus saith the Lord: This people begin to wax in iniquity; they understand not the scriptures, for they seek to excuse themselves in committing whoredoms, because of the things which were written concerning David, and Solomon his son. Behold, David and Solomon truly had many wives and concubines, which thing was abominable before me, saith the Lord…. Wherefore, I the Lord God will not suffer that this people shall do like unto them of old. Wherefore, my brethren, hear me, and hearken to the word of the Lord: For there shall not any man among you have save it be one wife; and concubines he shall have none; For I, the Lord God, delight in the chastity of women. And whoredoms are an abomination before me; thus saith the Lord of Hosts” (Jacob 2:23-24,26-28, emp. added).

The above passage in The Book of Mormon clearly condemns polygamy as one of the “grosser crimes” and “whoredom”—at least among the Nephites. And it specifically stated that the plural marriages of David and Solomon, were an “abomination.”

But, the Doctrine and Covenants completely approves of polygamy as seen in the following passage:

“Verily, thus saith the Lord unto you my servant Joseph, that inasmuch as you have inquired of my hand to know and understand wherein I, the Lord, justified my servants Abraham, Isaac, and Jacob, as also Moses, David and Solomon, my servants, as touching the principle and doctrine of their having many wives and concubines—Behold, and lo, I am the Lord thy God, and will answer thee as touching this matter. Therefore, prepare thy heart to receive and obey the instructions which I am about to give unto you; for all those who have this law revealed unto them must obey the same. For behold, I reveal unto you a new and an everlasting covenant; and if ye abide not that covenant, then are ye damned; for no one can reject this covenant and be permitted to enter into my glory. …David also received many wives and concubines, and also Solomon and Moses my servants, as also many others of my servants, from the beginning of creation until this time; and in nothing did they sin save in those things which they received not of me. David’s wives and concubines were given unto him of me, by the hand of Nathan, my servant, and others of the prophets who had the keys of this power; and in none of these things did he sin against me save in the case of Uriah and his wife” (132:1-4,38-39, emp. added).

In the Doctrine and Covenants it is stated that David and Solomon were completely justified, and committed no sin in having multiple wives and concubines.

So, the allegedly “inspired” books of Mormonism have clearly conflicting views about Polygamy. 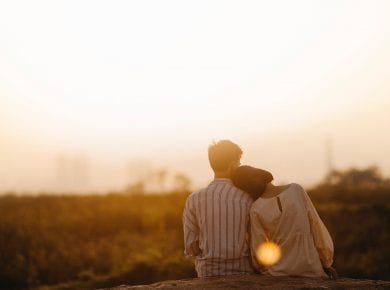 Marriage plays an important role in the life of the minister. In the very beginning, the Lord instituted the marriage covenant and blessed it “and the two shall become one…
View Answer