Some wonder does it really matters if we worship on Saturday or Sunday as long we worship God. For this answer, let’s allow the Bible to answer:

The weekly seventh-day Sabbath has often been considered for the Jewish dispensation, but the Bible declares that it was instituted more than two thousand years before the first Israelite was born.

God blessed the seventh day because He created the world in six days and rested on the seventh. The Sabbath was the birthday and the memorial of the world. The Sabbath can’t be changed because it points backward to a specific act. In the same manner, a person’s birthday can’t be changed because it is a memorial of his birth. The seventh day Sabbath identifies the true God and His claim of ultimate sovereignty as the Creator. No other day can fit God’s purpose.

Most of the Ten Commandments begin with the same words: “Thou shalt not,” but the fourth commandment starts with the word, “Remember” (Exodus 20:8-11). Why is this one different? Because God was commanding His children to call something to memory which already existed but had been forgotten.

It does matter that we should worship on the seventh day (Saturday) because it was God’s commanded. What was the original sin of Adam and Eve?  Eating from THE forbidden TREE. What was so evil about eating from that tree? Adam and Eve’s act was an act of disobedience to God’s command. That one sin resulted in the destruction of the human race and planet Earth. And it resulted in the death of God’s only Son on the cross.

God is very serious about His commands. Jesus said, “Think not that I am come to destroy the law, or the prophets: I am not come to destroy, but to fulfil. For verily I say unto you, Till heaven and earth pass, one jot or one tittle shall in no wise pass from the law, till all be fulfilled” (Matthew 5:17-18). And He added, “It is easier for heaven and earth to pass, than one tittle of the law to fail” (Luke 16:17).

The great Lawgiver Himself reaffirmed His law that He gave earlier as binding upon His followers, and announced that anyone who should attempt to disregard it either by precept or by example would “in no case enter into the kingdom of heaven” (Matthew 5:20). The Word of God can’t change. It “shall stand for ever” (Isaiah 40:8).

The claim that some give that by fulfilling the moral law Christ abrogated it is not in harmony with the context of Christ’s statement. By fulfilling the law Christ simply “filled” it “full” of meaning—by giving men an example of perfect obedience to the will of God, in order that the same law “might be fulfilled in us” (Romans 8:3, 4).

The word “Sunday” is not mentioned in the Bible. But the phrase “first day” is mentioned only eight times: Matthew 28:1; Mark 16:2; Mark 16:9; Luke 24:1; John 20:1; John 20:19; Acts 20:7; 1 Corinthians 16:2. But none of these verses teach that “the first day of the week”  Sunday is a holy day of rest or being sacred. In none of these verses can we find a single hint of Bible authority for Sunday sacredness! Sunday observance is a made-made institution. 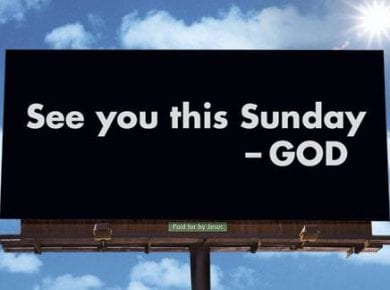 Table of Contents The Sabbath truth is not newMystery of inequityWho is responsible for changing the Sabbath?The Holy Spirit leads to all the truth This page is also available in:…
View Answer 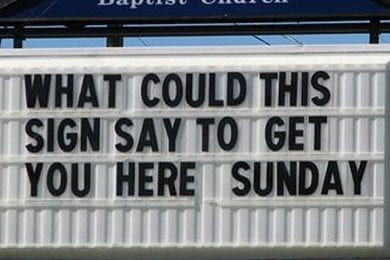 This page is also available in: العربية (Arabic) Français (French) हिन्दी (Hindi)Sadly, millions of Christians have never really looked into the reasons of their faith and practice. They have accepted…
View Answer