God’s original plan was to empower man and woman in their own way. At creation, the Lord created the earth, heavens, and seas. He created all the living creatures, then He created Adam. He allowed Adam to see the world without Eve first, before creating her to be his companion:

“And the Lord God caused a deep sleep to fall on Adam, and he slept; and He took one of his ribs, and closed up the flesh in its place. Then the rib which the Lord God had taken from man He made into a woman, and He brought her to the man. And Adam said: This is now bone of my bones and flesh of my flesh; she shall be called Woman, because she was taken out of Man” (Genesis 2:23).

Thus, the woman was created out of Adam’s very flesh and bones, not to be independent of him, not to have authority over him, but to stand by his side as a help meet. He was henceforth to love her as his own body.

After Adam and Eve sinned, God declared the following punishment:

“I will make your pains in childbearing very severe; with painful labor you will give birth to children. Your desire will be for your husband, and he will rule over you.”

“Cursed is the ground because of you; through painful toil you will eat food from it all the days of your life. It will produce thorns and thistles for you, and you will eat the plants of the field. By the sweat of your brow you will eat your food until you return to the ground, since from it you were taken; for dust you are and to dust you will return.”

Her position is definitely honorable. For the husband is to imitate Christ, giving up personal pleasures for his wife’s happiness.

“Husbands, love your wives, even as Christ also loved the church, and gave himself for it” (Ephesians 5:25).

Christ gave Himself for the church because she was in desperate need.

The Word of God teaches that God grants woman strength, wisdom and honor to do His will. Throughout Bible history, God empowered women and they held major leadership roles in every facet of service. He gives women His grace to act as His Special Forces in His Army. They are recipients of the gifts given by grace through faith. Here are some references that support that:

Examples in the Bible

Let’s look at some of the empowered women in Scripture. One great woman in the Bible, Deborah, held the office of judge in Israel as well as a prophetess (Judges 4:4). She even helped lead the army of Israel in a battle to victory (verses 6-24).

Tabitha, also known as Dorcas, was a hard working and compassionate woman in the early Christian church (Acts 9:36-42). The name Dorcas is where many churches get the name for their outreach ministry to the needy.

Many other women served in the capacity of prophets. Examples of those are: Miriam who also led in music ministry (Exodus 15:20),  Huldah who dwelt in the college (2 Kings 22:14), Isaiah’s wife who bore a son of prophecy (Isaiah 8:3), Anna who had a prayer ministry (Luke 2:36-38), and Philip’s four daughters in the early Christian church (Acts 21:8–9).

Today, it’s important for men and women to remember the roles God originally designed. The man needs to work hard and by the “sweat of his brow” provide for his family. The woman by her God given wisdom and strength needs to raise future generations. The man is to nurture and protect the body of the family while the woman is to nurture and protect the heart of the family.

Today we’re seeing confusion on the roles, and we’re seeing the outcome. It’s important for both man and woman to unite and find strength in each other and in God in order to protect against all attacks the world has to give. 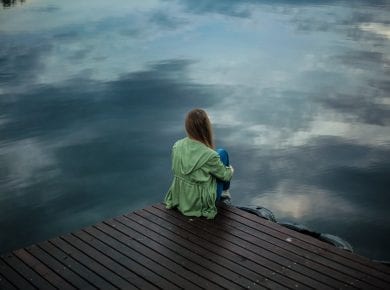 This answer is also available in: हिन्दीHere is the good news of the gospel: God not only help us be sinless, but He also gives us complete victory over its…
View Answer 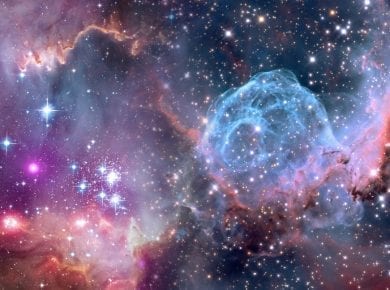 This answer is also available in: हिन्दीYes, God created other worlds out there “[God] hath in these last days spoken unto us by his Son… by whom also he made…
View Answer