“But now after you have known God, or rather are known by God, how is it that you turn again to the weak and beggarly elements, to which you desire again to be in bondage?  You observe days and months and seasons and years.  I am afraid for you, lest I have labored for you in vain” (Galatians 4:9-11).

The Jews observed two kinds of holy days. The weekly Sabbath of the Ten Commandments, which was given by God before sin (Gen. 2:1–3; Ex. 20:8–11). And they also observed annual sabbath feast days. These feasts were ceremonial holy days established after sin and spoken by Moses (Lev. 23; Num. 10:10; 28:11–15). In Galatians 4, Paul is referring to the yearly seven ceremonial sabbaths and the new moons of the Mosaic Law (Leviticus 23).

God’s Law has existed at least as long as sin has existed. The Bible gives the definition of sin: “For sin is the transgression of the law” (1 John 3:4). “Where no law is, there is no transgression [or sin]” (Romans 4:15). The seventh-day Sabbath of God’s Moral Law was instituted 2,500 years before the Mosaic Law or the Jews.

The Jewish converts to Christianity were asking the Galatians to observe the seven Jewish feasts but Paul was saying, these ceremonial feasts of the Mosaic Law foreshadowed, or pointed to, the cross and ended at the cross. “Having abolished in His flesh the enmity, that is, the law of commandments contained in ordinances, so as to create in Himself one new man from the two, thus making peace” (Ephesians 2:15; Colossians 2:14-16).

The Mosaic Law was added “till the seed should come,” and that seed was Christ (Galatians 3:16, 19). The ritual and ceremony of the Mosaic Law pointed forward to Christ’s sacrifice. When He died, the Mosaic law came to an end. But the Ten Commandments of God’s Law “stand fast for ever and ever” (Luke 16:17).

This answer is also available in: हिन्दीGod’s law The fourth commandment in God’s moral law stated, “Remember the Sabbath day, to keep it holy. Six days you shall labor and…
View Answer 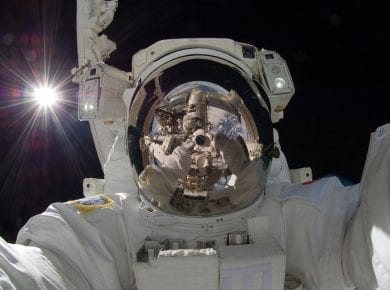 This answer is also available in: हिन्दीSome ask the question: How can an astronaut keep the Sabbath in space? The Bible teaches that the Sabbath begins Friday evening at sunset…
View Answer