If you think dreams don’t come true, you may be up for a big surprise.

God gave Joseph two dreams that predicted his great advancement in life. These dreams were to support and comfort him during the very troublesome period he went through before his dreams come true.

In the first dream Joseph said,

“ For, behold, we were binding sheaves in the field, and, lo, my sheaf arose, and also stood upright; and, behold, your sheaves stood round about, and made obeisance to my sheaf. And his brethren said to him, Shalt thou indeed reign over us? or shalt thou indeed have dominion over us? And they hated him yet the more for his dreams, and for his words.” Genesis 37:7, 8.

In the second dream Joseph said,

“Behold, I have dreamed a dream more; and, behold, the sun and the moon and the eleven stars made obeisance to me. And he told it to his father, and to his brethren: and his father rebuked him, and said unto him, what is this dream that thou hast dreamed? Shall I and thy mother and thy brethren indeed come to bow down ourselves to thee to the earth? And his brethren envied him” Genesis 37:9-11.

How will these dreams ever come to pass when Joseph was just a young shepherd out of nowhere? Really not a chance!

Joseph’s brothers driven by envy and hate committed crimes in order to defeat these dreams but they did not know that they were only instruments of bringing them to pass.

Joseph’s brothers sold him into Egyptian slavery. Overnight Joseph was stripped of his father’s love, his family, his home and his freedom. If this happened to you, what would you do? Would you lose all hope, get angry with God and give up?

In spite of all that, Joseph maintained his faith in God.

Joseph was bought by Potiphar an officer of Pharaoh. And the Lord was with Joseph and Potiphar made him the overseer of his house. But Potiphar’s wife, who wanted to Joseph, falsely accused him of being unfaithful to his master when he refused her advances. As a result, Joseph was sentenced to the dungeon.

If you were in Joseph’s place seeing that your life goes from one evil to worse evil,  just for standing up to God’s principles, what would you do? Give up your faith in God? Blame God?

No. Even now, Joseph maintained his faith in the God.

And Pharaoh’s butler and baker offended the king and were sent to prison under the custody of Joseph. One day they both had strange dreams. After examining it, Joseph interpreted that the baker will die while the butler will be restored to his original position. Joseph asked the butler to remember him when he is delivered but the butler forgot Joseph. Joseph spent two more years in prison.

Now, would you get utterly discouraged and lose your faith in God? Utterly hopeless! Again Joseph maintained his faith in God.

Little did Joseph know that the Lord working behind the scenes to fulfill his word which had to come to pass. The king dreamed a strange dream and desired to know its interpretation but none of all the magicians could interpret the dream. Suddenly, the butler remembered Joseph and told the king of his story. The King asked Joseph to interpret his dream. The Lord gave Joseph the interpretation that there will come seven years of plenty followed by seven years of famine on the Land of Egypt. Joseph advised the king to appoint officers on the land to collect the extra crops in the seven years of plenty and store them wisely for the years of famine. The king, impressed by the Joseph’s ability to interpret the dream and his connection to God, appointed him to be second in command over all the Land of Egypt to undertake this great task.

Joseph’s dreams were finally fulfilled when His brothers and later father came to Egypt for food and bowed down to him in respect. Joseph was used by God to save all his family, all the Land of Egypt and the surrounding nations during the years of famine.

Wow! What a story. His own brothers after 13 years didn’t even recognize him. They could not have imagined that the Prince of the world at the time was their own brother that they sold as a slave?

Imagine if your life were to change over night and all your dreams and more than you can ever imagine would come true. That’s how God works, just don’t give up hope. Don’t lose faith.

It was by being faithful in the face of crushed hopes that God was able to cause Joseph’s greatest hopes to come true. It is only when we keep believing with no evidence, that God can finally cause His dreams to come a reality. 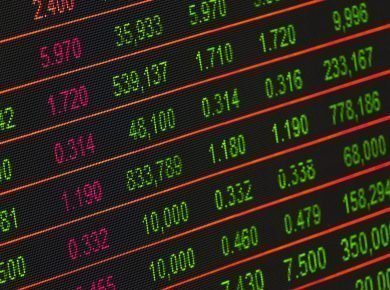 The global economic system is a very shaky house of cards that has been build on debt.  We are living in the greatest financial bubble in world history, and it… 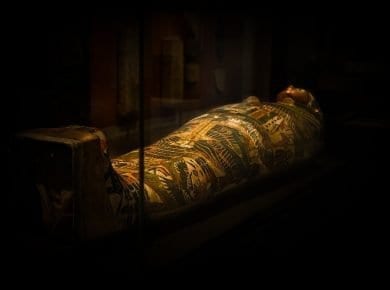 Recent archaeological research on Egyptian mummies showed that the first Egyptian Dynasty which descended from the biblical Ham, the son of Noah could well be supported by evidence based on DNA.…