Question: What is the difference between Jesus’ teaching of allowing the wheat and tares to grow together and Paul’s instruction to reject divisive members in the church?

Answer: There is a difference between what Jesus taught and what Paul instructed regarding the wheat and the tares in that they are referring to two different scenarios. Let’s examine each:

A- Allowing the wheat and the tares to grow together: “Let both grow together until the harvest, and at the time of harvest I will say to the reapers, “First gather together the tares and bind them in bundles to burn them, but gather the wheat into my barn”” (Matthew 13:30).

The wheat represent the faithful and the tares the unfaithful. But the character of the two groups here was not yet mature, therefore, it would be dangerous to separate them. It is not possible to “gather up the tares” without affecting the growth of the wheat. Both groups should exist in the church till the end of time. Further, the parable teaches that the work of gathering out the tares and burning them is to be done by the angels at the time of “harvest” which is “the end of the world” (vs. 39–42), not by the “servants” prior to that time (vs. 28–30). Sadly, through the ages, misguided Christians have thought it their duty to “gather and burn” other Christians and persecute them as heretics. But Christ never gave such authority. This action is reserved for God alone at the end of time.

In the same way, Christ allowed Judas to become a disciple because at the beginning the other disciples didn’t know Judas’ true character, and would have wondered if Jesus had refused him as one of the twelve. Judas sinned in his heart. Nothing in the gospels tell us that Judas had an open sin. Until the very end of Jesus’ ministry He never openly rebuked Judas because the disciples admired him, and would have sympathized with him if he was rejected. It came as a shock to all when he betrayed Jesus.

B- Rejecting divisive members: “Reject a divisive man after the first and second admonition, knowing that such a person is warped and sinning, being self-condemned” (Titus 3:10-11); and “ Now I urge you, brethren, note those who cause divisions and offenses, contrary to the doctrine which you learned, and avoid them” (Romans 16:17). This type of ‘rejection’ is different from what is described in section A in that Paul here is specifically referring to interaction that should take place in the scenario of open sin or discord. This is actually in line with what Jesus taught: “If your brother sins against you, go and tell him his fault … If he hears you, you have gained your brother.  But if he will not hear, take with you one or two more, that ‘by the mouth of two or three witnesses every word may be established. And if he refuses to hear them, tell it to the church. But if he refuses even to hear the church, let him be to you like a heathen and a tax collector” (Matthew 18:15-17);

In summary, letting the wheat and the tares grow together doesn’t mean that the church should take no action with regard to those whose lives or teachings already reveal a condition of open evil. The tares represent those who, like Judas, do not have open or public sins. On the other hand, divisive members openly oppose and reject truths presented to them, and in essence openly rebel against God. For this reason they are to be rejected. However, rejection is not persecution, and the latter should never take place. No man has the right to carry out what God has said He will do at the end of the world – at the judgement. 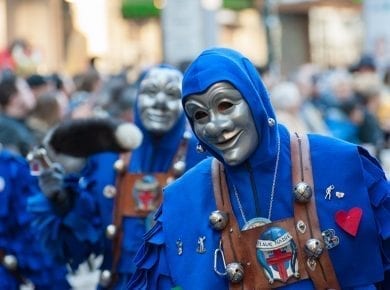 This answer is also available in: हिन्दीThe Mardi Gras celebration is held on Shrove Tuesday, the day before Lent in many christian churches. Lent is the 40 weekdays from Ash…
View Answer 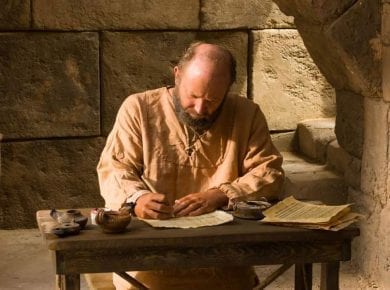 This answer is also available in: हिन्दीLuke doesn’t give us details in the book of Acts of the Apostles about what took place during the two years of Paul’s house…
View Answer