It should be noted that the comma between the words “you” and “today” was inserted by the translators. The commas in this verse were not in the original manuscripts. The original Greek text, which had neither punctuation nor word division, reads literally: “truly to-you I-say today with-me you-will-be in the paradise.”

Obviously, in placing the comma before the word “today,” the translators were guided by the unscriptural popular belief that the dead enter into their rewards at death. But neither Jesus nor the writers of the NT believed or taught such a doctrine. To place the comma before the word “today” makes Christ contradict what He and the NT writers have plainly stated elsewhere.

The Scriptures themselves require that the comma be placed after the word “today,” not before it. The Bible states that until the coming of Christ, the dead are in their graves, not in paradise (John 11:11-14; 1 Thessalonians 4:5, 16). For more on the state of the dead:

What Christ actually said to the thief on the cross was: “Assuredly, I say to you today, you will be with Me in Paradise.” The great question the thief was thinking of at the moment was not when he would reach paradise, but whether he would get there at all. Jesus’ simple statement assured him that, however undeserving he may be and however impossible it may appear for Jesus—dying the death of a criminal—to fulfill such a promise, the thief will most certainly be there.

But the biggest proof that Jesus did not go to Paradise on Crucifixion Day comes from His own lips.  Three days later, on Sunday morning (Resurrection Day), Jesus declared to Mary “Do not cling to Me, for I have not yet ascended to My Father” (John 20:17). Thus, Jesus own words cleared all confusion about this verse. 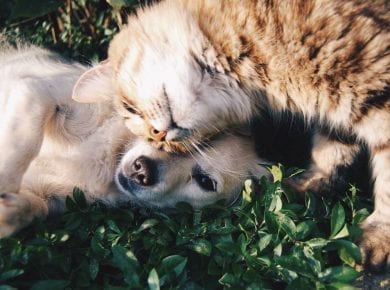 This answer is also available in: العربية हिन्दीThe Bible does indicate that there will be animals in the New Earth. In the book of Isaiah we read about the Messiah’s…
View Answer 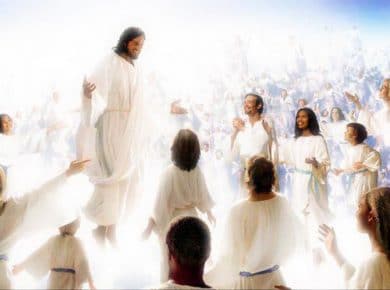 This answer is also available in: العربية हिन्दीEphesians 2:4-6 “But God, who is rich in mercy, because of His great love with which He loved us,  even when we were dead in trespasses, made…
View Answer