Paul didn’t abolish the Sabbath in his letters to the churches. He specifically abolished the rituals of the law of Moses like circumcision. Please note that there are two distinct and separate laws – God’s moral law and Moses ceremonial law.

The apostle tried to free the gentiles from the Mosaic ceremonies to walk in the liberty of the Christian faith. In that, Paul followed the example of Jesus who clearly stated the circumcision was from the law of Moses. And He rebuked the Pharisees for upholding the law of Moses above the law of God in Sabbath observance.

After the Pentecost, God poured His Spirit on the Gentiles who were not circumcised. “And the believers from among the circumcised who had come with Peter were amazed, because the gift of the Holy Spirit was poured out even on the Gentiles” (Acts 10:45). So, when Peter went up to Jerusalem, the circumcision party criticized him. He said, “You went in to uncircumcised men and ate with them!” (Acts 11:2,3).

This issue of circumcision caused contention from the Judaizers in the early church. And “some men came down from Judea and were teaching the brothers, “Unless you are circumcised according to the custom of Moses, you cannot be saved. And after Paul and Barnabas had no small dissension and debate with them, Paul and Barnabas and some of the others were appointed to go up to Jerusalem to the apostles and the elders about this question … When they came to Jerusalem, they were welcomed by the church and the apostles and the elders … But some believers who belonged to the party of the Pharisees rose up and said, “It is necessary to circumcise them and to order them to keep the law of Moses…” (Acts 15:1-41).

After discussion, the apostles and the elders gave their decree to the church saying: “Since we have heard that some who went out from us have troubled you with words, unsettling your souls,  saying, “You must be circumcised and keep the law… it seemed good to the Holy Spirit, and to us, to lay upon you no greater burden than these necessary things:  that you abstain from things offered to idols, from blood, from things strangled, and from sexual immorality…” (Acts 15:24,28, 29).

After the Jerusalem Council

While most believers accepted the decree of the Council of Jerusalem, many Jewish converts continued to make this a matter of contention. And they followed Paul in his evangelistic journeys and opposed his teaching. And they urged circumcision on the gentiles and keeping the law of Moses. In Lystra to quite the Jews, “Paul wanted Timothy to accompany him, and he took him and circumcised him because of the Jews who were in those places, for they all knew that his father was a Greek …” (Acts 16:1-40).

Paul’s letter to the Romans

The apostle stressed that it is faith that saves not circumcision. He said, “Does this blessedness then come upon the circumcised only, or upon the uncircumcised also? For we say that faith was accounted to Abraham for righteousness … And he received the sign of circumcision, a seal of the righteousness of the faith which he had while still uncircumcised, that he might be the father of all those who believe, though they are uncircumcised, that righteousness might be imputed to them also” (Romans 4:9-11). And he declared, “For I tell you that Christ became a servant to the circumcised to show God’s truthfulness, in order to confirm the promises given to the patriarchs” (Romans 15:8).

Paul’s letter to the Corinthians

Paul’s letter to the Galatians

Here, Paul also tried to correct the wrong teachings of the “false brothers” who pushed circumcision on the gentiles. He said, “But even Titus, who was with me, was not forced to be circumcised, though he was a Greek.” “Yet because of false brothers secretly brought in—who slipped in to spy out our freedom that we have in Christ Jesus, so that they might bring us into slavery.” “And when James and Cephas and John, who seemed to be pillars, perceived the grace that was given to me, they gave the right hand of fellowship to Barnabas and me, that we should go to the Gentiles and they to the circumcised” (Galatians 2:3,4,9).

Sadly, the issue of circumcision escalated to the point that it brought fear to James and persecution even to Paul. “For before certain men came from James, he was eating with the Gentiles; but when they came he drew back and separated himself, fearing the circumcision party.” “Look: I, Paul, say to you that if you accept circumcision, Christ will be of no advantage to you. I testify again to every man who accepts circumcision that he is obligated to keep the whole law.” “But if I, brothers, still preach circumcision, why am I still being persecuted? In that case the offense of the cross has been removed” (Galatians 2:12; 5:2,3,11).

Therefore, Paul stressed faith and conversion over circumcision. He said, “For in Christ Jesus neither circumcision nor uncircumcision counts for anything, but only faith working through love.” “It is those who want to make a good showing in the flesh who would force you to be circumcised, and only in order that they may not be persecuted for the cross of Christ.” “For even those who are circumcised do not themselves keep the law, but they desire to have you circumcised that they may boast in your flesh“ (Galatians 5:6; 6:12,13). And He gave the final admonition there saying, “For neither circumcision counts for anything, nor uncircumcision, but a new creation” (Galatians 6:15).

Paul’s letter to the Ephesians

Paul taught that salvation is through faith not works of circumcision. He said, “For by grace you have been saved through faith. And this is not your own doing; it is the gift of God, not a result of works, so that no one may boast.” “Therefore remember that at one time you Gentiles in the flesh, called “the uncircumcision” by what is called the circumcision, which is made in the flesh by hands” (Ephesians 2:8-9,11). And Paul there as well declared his famous verdict, “By abolishing the law of commandments expressed in ordinances, that he might create in himself one new man in place of the two, so making peace” (Ephesians 2:15).

Paul’s letter to the Philippians

Paul’s letter to the Colossians

Again, Paul taught the Colossians that Jesus in the NT became their circumcision. He said, “In him also you were circumcised with a circumcision made without hands, by putting off the body of the flesh, by the circumcision of Christ, having been buried with him in baptism, in which you were also raised with him through faith in the powerful working of God, who raised him from the dead. And you, who were dead in your trespasses and the uncircumcision of your flesh, God made alive together with him, having forgiven us all our trespasses” (Colossians 2:11-13).

The Jerusalem Council led by the apostles was organized to discuss “this question … this matter” of “circumcision” and “the law of Moses” (Acts 15:1, 2, 5). The Sabbath itself was not debated or even discussed. The Church decided that the Gentiles were “saved … through the grace of the Lord Jesus Christ” (verse 11). And thus, they did not need to be circumcised.

At this early date in Church history, believing Gentiles were still worshiping with the Jews in their synagogues “every Sabbath day” (Verse 21). Thus, verse 21 proves that the “Sabbath day” was not changed to Sunday by the Jerusalem Council. The disciples kept the seventh day Sabbath. 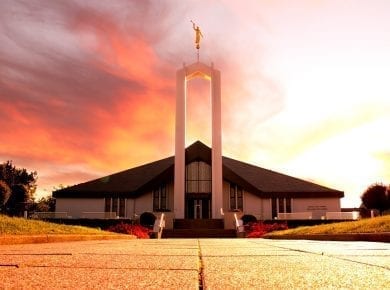 This page is also available in: العربية (Arabic) हिन्दी (Hindi)Mormonism teaches that in order to attain salvation, believers should have faith in Christ, keep the commandments of the Mormon Church…
View Post 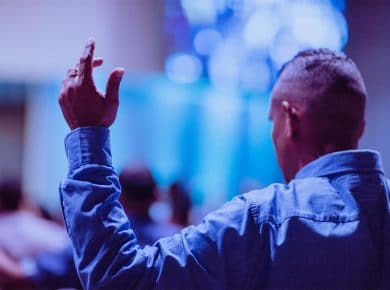 This page is also available in: العربية (Arabic) हिन्दी (Hindi)Miracles All who follow Christ and become members of His church on earth have the affirmation that the Holy Spirit will…
View Post