God’s moral law of the Ten Commandments was originally given at creation. It existed as long as sin has existed (Romans 4:15). But when the Israelites were enslaved in pagan Egypt for 400 years, they lost view of them which necessitated that God would write them down on stone and give them to Moses (Exodus 31:18; 32:16). Moses in turn placed them in the Ark of the covenant which was placed in the most holy place in God’s temple (Deuteronomy 10:4, 5).

Sin is the breaking of the law

The Bible defines sin as “the transgression of the law” (1 John 3:4). The Ten Commandments are revealed principles of God’s holy character (Romans 7:12; Psalms 19:7). And they are the standard by which God will examine people in the judgment. “So speak and so do as those who will be judged by the law of liberty” (James 2:12).

The purpose of the law

While no one can be saved by keeping the Ten Commandments (Romans 3:20), they only serve as a mirror (James 1:23-25). They point out wrongdoing in our lives as a mirror points out dirt on our faces. “What shall we say then? Is the law sin? Certainly not! On the contrary, I would not have known sin except through the law. For I would not have known covetousness unless the law had said, “You shall not covet” (Romans 7:7; also Romans 3:20).

All good laws protect, and God’s law is no exception (Deuteronomy 6:24). The Ten Commandments law protects us from, idolatry, adultery, lying, murder, theft, and other sins the take away our happiness (Proverbs 3:1, 2). We cannot find true peace unless we live in harmony with them. And these laws constitute “the whole duty of man” (Ecclesiastes 12:13). But we can only keep them by the grace of God. “I can do all things through Christ who strengthens me” (Philippians 4:13).

The law is still in effect

Today, some wrongly teach that the Ten commandments are no longer binding. But if the law could have been canceled, God would have immediately made that change when Adam and Eve sinned instead of sending His Son to die on behalf of the sinner to pay the penalty of the broken law. But this was impossible, because the commandments can’t be canceled and it will always be true as long as God exists.

Jesus Himself said, “Do not think that I came to destroy the Law or the Prophets. I did not come to destroy but to fulfill. For assuredly, I say to you, till heaven and earth pass away, one jot or one tittle will by no means pass from the law till all is fulfilled“ (Matthew 5:17,18 also Psalms 89:34; Psalms 111:7, 8). 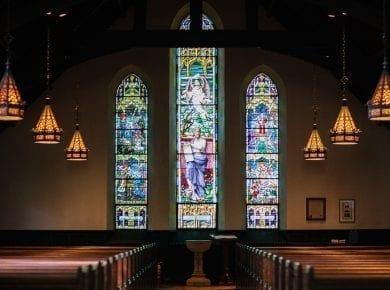 This answer is also available in: العربية हिन्दीChrist demonstrated His obedience to the Father to the point of death and was perfected. For this reason, He was qualified for to be…

This answer is also available in: العربية हिन्दी“For sin shall not have dominion over you: for ye are not under the law, but under grace” (Romans 6:14). Paul is saying…