The following are some quotations from the Protestant pioneers in regard to the Ten Commandments – God’s Moral Law:

“I wonder exceedingly how it came to be imputed to me that I should reject the law of Ten Commandments…. Can anyone think that sin exists where there is no law?… Whosoever abrogates the law must of necessity, abrogate sin also.” Luther’s Works (trans., Weimer ed.), Vol. 50, pp. 470-471; originally printed in his Spiritual Antichrist, pp. 71, 72.

“We must not imagine that the coming of Christ has freed us from the authority of the law, for it is the eternal rule of a devout and holy life, and must, therefore, be as unchangeable as the justice of God, which it embraced, is consistent and uniform.” Commentary on the Harmony of the Gospels, Vol. 1, p. 277.

“‘Think not that I am come to destroy the Law, or the Prophets: I am not come to destroy, but to fulfil’” [Matthew 5:17] …The ritual or ceremonial law, delivered by Moses to the children of Israel, containing all the injunctions and ordinances which related to the old sacrifices and service of the temple, our Lord indeed did come to destroy, to dissolve, and utterly abolish…

But the moral law, contained in the Ten Commandments, and enforced by the prophets, He did not take away. It was not the design of His coming to revoke any part of this. This is a law which never can be broken, which stands fast as the faithful witness in heaven. The moral stands on an entirely different foundation from the ceremonial or ritual law, which was only designed for a temporary restraint upon a disobedient and stiff-necked people; whereas this was from the beginning of the world, being ‘written not on tables of stone,’ but on the hearts of all the children of men, when they came out of the hands of the Creator. And, however the letters once wrote by the finger of God are now in a great measure defaced by sin, yet can they not wholly be blotted out, while we have any consciousness of good and evil. Every part of this law must remain in force, upon all mankind, and in all ages; as not depending either on time or place, or any other circumstances liable to change, but on the nature of God and the nature of man, and their unchangeable relation to each other.” On the Sermon on the Mount, Discourse 6, Sermons on Several Occasions (1810), pp. 75-76.

“Now men may cavil as much as they like about other parts of the Bible, but I have never met an honest man that found fault with the Ten Commandments. Infidels may mock the Lawgiver and reject Him who has delivered us from the curse of the law, but they can’t help admitting that the commandments are right…they are for all nations, and will remain the commandments of God through the centuries… The people must be made to understand that the Ten Commandments are still binding, and that there is a penalty attached to their violation…Jesus never condemned the law and the prophets, but He did condemn those who did not obey them [see Matthew 5:17-19].” Weighed and Wanting, pp. 11, 16, 15.

“Jesus did not come to change the law, but he came to explain it [see Matthew 5:17-19], and that very fact shows that it remains, for there is no need to explain that which is abrogated…In addition to explaining it the Master went further: he pointed out its spiritual character. This the Jews had not observed. They thought, for instance, that the command ‘Thou shalt not kill’ simply forbade murder and manslaughter: but the Saviour showed that anger without cause violates the law, and that hard words and cursing, and all other displays of enmity and malice, are forbidden by the commandment [see Matthew 5:21, 22].” Perpetuity of the Law of God, pp. 4-7. 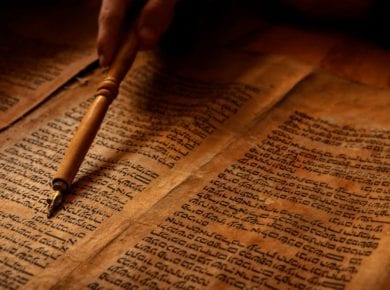 This answer is also available in: हिन्दीThe Old Covenant was an agreements between God and His people “And he declared unto you his covenant, which he commanded you to perform,…
View Answer 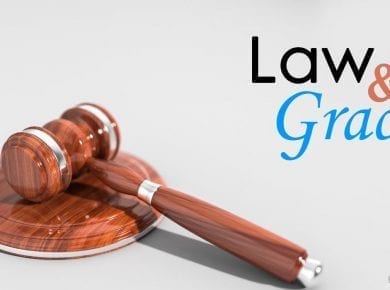 This answer is also available in: हिन्दीNo one is saved by keeping the Law. The Bible says, “For by grace are ye saved through faith; and that not of yourselves:…
View Answer