The apostle Peter wrote: “For Christ also suffered once for sins, the just for the unjust, that He might bring us to God, being put to death in the flesh but made alive by the Spirit, by whom also He went and preached to the spirits in prison, who formerly were disobedient, when once the Divine longsuffering waited in the days of Noah, while the ark was being prepared, in which a few, that is, eight souls, were saved through water” (1 Peter 3:18-20).

Did Jesus preach to the dead?

Some believe that, during the time between the crucifixion and the resurrection, Christ went down to Hades, the symbolic land of the dead (Matt. 11:23). There, the Lord preached to disembodied spirits of the antediluvians who were suffering according to 1 Peter 3:18–20 and 4:6. This belief stresses that the “spirits,” here referred to, are in some sort of purgatory. And the aim of Jesus’ preaching was to give them a second opportunity for salvation to flee from the fires of purgatory. But this teaching is unscriptural for the following reasons:

First – the Bible doesn’t teach the immortality of the soul.

According to the Scriptures, man is mortal (Job 4:17). Only God is immortal (1 Timothy 6:15, 16). People receive immortality and new bodies at the second coming. Therefore, the concept of an undying, immortal soul goes against the Bible, which teaches that souls are subject to death (Ezekiel 18:20). For more on what the Bible teaches about the state of the dead, check the following link: https://bibleask.org/bible-answers/112-the-intermediate-state/

Second – the Bible doesn’t teach the doctrine of a second chance after death.

The antediluvians didn’t need a second chance after their death. They had enough opportunity to be saved through Noah who was “a preacher of righteousness” to them (2 Peter 2:5). God patiently waited for 120 years while the ark was getting prepared (v. 20). But, sadly, the wicked didn’t accept Noah’s warnings (1 Peter 3:20).

Peter was speaking figuratively as shown from the context (1 Peter 3:18-20). The “prison” referred to the spiritual state of the “disobedient” “spirits.” The antediluvians were held in the prison house of their own sins (Gen. 6:5–13). And this is seen by the fact that only eight persons escaped from death (1 Peter 3:20). These eight heeded the message proclaimed by Noah. 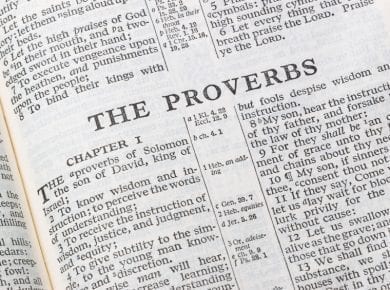 “Open rebuke is better than secret love” (Proverbs 27:5). In proverbs we read that while not pleasant (v. 6), the wise admonition of a friend is helpful when it is…
View Answer