And Richard thank you for joining us so I believe Jesus came the second time in 70 a.d is that true biblically speaking no uh no Jesus said that he would not return to the earth until he came in his glory and so no that that’s a myth um he said every eye will see exactly and actually that’s good well um because the next question will take us probably some verses address that there was a question that just popped up there um uh Andrew asked that people actually believe this or that Jesus came back I guess it’s a new a new question to him too yeah I I’m I wasn’t aware that some people thought I came by 70 I’m 70 80 I’m interested to know who who thinks that and what’s the story behind it there’s always so many interesting stories that you learn with these questions like things like go back to the letter that may have been sent by king to Jesus i really want to check that out and I’m trying to think i mean 70 a.d that’s when that’s the destruction of Jerusalem correct that’s right so maybe maybe that’s why i used yeah because I’m thinking and actually that ties into the next question oh then go ahead no but go ahead say what you’re about to answer it all I’m saying is that you know 70 a.d is the destruction of Jerusalem so maybe that’s it was a confusing date it was like they’re just wondering if that’s um well then in a sense that makes sense because if you look at Matthew 24 um it’s a dual prophecy and so it the you know the destruction of Jerusalem um he speaks to as well as the end of the world so a lot of people that that makes perfect sense but i’ll let the next question happen and if I’ll add more later if I need to yeah we’ll lay the foundation and then we’ll get back to method 24. 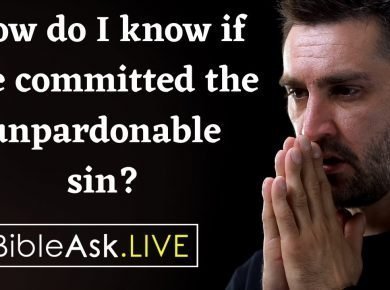 BibleAskWed, May 5, 2021 6:28pmURL:Embed:For full episode: https://www.youtube.com/watch?v=HdpB_K0MW_c&t=361s Would you like to have your question answered live? Submit your question at bibleask.org/live
View Answer 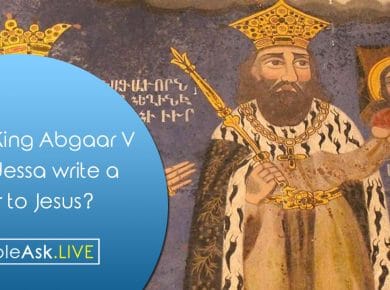 BibleAskSat, April 24, 2021 3:42pmURL:Embed:Eusebius records that King Abgar V of Edessa wrote a letter to Jesus. Is there anything to verify or substantiate this as to whether this really…
View Answer