Some have asked, Did Abraham have one or two sons? But in reality, Abraham actually had eight sons. His first son was Ishmael by Hagar, the Egyptian concubine and maid (Genesis 16:1–4). His second son was Isaac by Sarah his wife (Genesis 21:1–3). Ishmael and Isaac were Abraham’s eldest and most important sons. After Sarah died, Abraham had six sons by Keturah, a second concubine (Genesis 25:1, 6).

Is there a contradiction?

Bible critics say that the Scriptures recorded a mistake about the number of Abraham’s sons. In the OT, God says to Abraham, “your son, your only son, whom you love” (Genesis 22:2). And in the NT, Paul wrote in Hebrews that Abraham had “one and only son” (ch. 11:17). Then, in Galatians, he wrote “It is written that Abraham had two sons” (ch. 4:22). Is this a contradiction?

There is no contradiction in the Bible. If we examine the context of these passages, we find that Isaac was the only son fulfilling God’s promise to Abraham (Genesis 12:1–3; 17:1–8; 21:12). He was the son through Sarah his legal wife and not the son of concubines (Genesis 17:16–21; 18:10). Therefore, Isaac was the only heir to the God’s covenant (Genesis 15:4–5; 25:5). The other sons received a blessing from God but they were not part of God’s promise or covenant.

What did Paul mean by his passages?

In Galatians, Paul used the story of Isaac and Ishmael in an allegorical sense (v. 24). This was to show the difference between being in bondage to the ceremonial system and appreciating the freedom that comes from faith in Christ.

By this allegory, Paul explained the two covenants to the Galatians. One was the covenant of faith, represented by Sarah; the other, the covenant of “works,” represented by Hagar (Eze. 16:60; Gal. 3:15, 17–19; Heb. 8:8–10). As long as a person relies upon his good works to save him, there is no escape from bondage. His good works can’t save him. Legalism and the keeping just the letter of the law fails (2 Cor. 3:6). 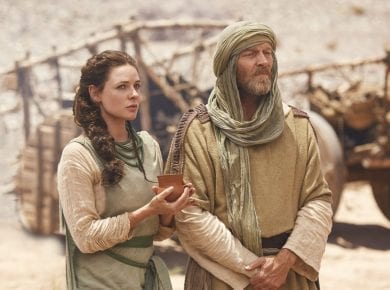 This answer is also available in: हिन्दीDinah according to the Bible was Jacob’s only daughter when he returned to Canaan (Genesis 34:1) she was from his first wife leah (Genesis…
View Answer 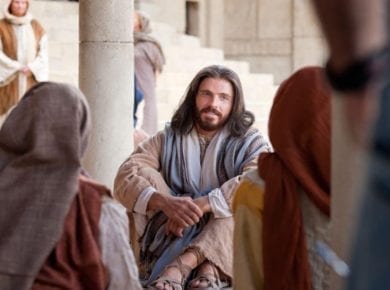 This answer is also available in: हिन्दीSome wonder: if a man has been married 5 times, which wife will be his in heaven? Jesus was asked a similar question by…
View Answer