Home Blog If I Were The Devil… – Blog

Firstly, I would fool the person who thinks he couldn’t be, the Christian. I would subtly deaden his heart while leaving him an astute observer of the letter of the law. Losing his good deeds, he would no longer be salt and light, and from there everything would follow. I would next point out the joylessness of the believer to the unbeliever, tempting him to see God’s law as a burden.

I would encourage the Christian to behave in an unloving and hypocritical fashion to condemn the sinner along with the sin. (This would be easy to do, afterall it’s not like I haven’t been guilty of this in the past.) I would then trick the unbeliever to think that this condemning nature is an image of God, and thus I would teach him to hate God. At that point both would be caught firmly in my web. Thus I would polarize them against each other. Fighting would continue until the unbeliever would want to rebel entirely against God’s law altogether.

…I have forgiven in the sight of Christ for your sake, in order that Satan might not outwit us. For we are not unaware of his schemes.” -2 Corinthians 2:10-11

Then being god of this world, I would influence the dynamics of culture. I would unleash the atheists and the nihilists, and empower them to mock and ridicule belief as fairy tales and morality as quaint antiquated nonsense. Using this, I would shake the faith of some of the weaker believers, and no longer feeling God, this would cause them to fall away.
At the same time, I would introduce subtle heresies into a church that has grown cold. With subtle manipulation of language, “Christians” who no longer have an actual relationship with God would be increasingly unable to distinguish things like Chrislam and Emergent Christianity from sound doctrine.

I would then turn the unbelievers into hardened anti-theists, and attempt to do away with the memory of God altogether. Eventually one of my agents would rise to rise to power with the support of secularists and nihilists, as a sort of replacement of Christ. He would be suave and charming, perhaps even a US president who comes to power quickly and deceives many.
Perhaps I would even give him the appearance of an anti-christ. This could be made to appear more plausible if I were to simultaneously produce someone with the appearance of a false prophet. Perhaps something like an overly heretical pope that would promote compromise with the world would do the trick.

I would then cause this “anti-christ” to provoke a formidable social cataclysm both at home and abroad. It would tear apart the family under the guise of equality, and promote murder through abortion, destroy the economy through sloth, greed, and envy, and undermine the foundations of society. I would raise the rhetoric of anti-theism to a hateful crescendo, branding believers as dangerous extremists. I would encourage the Christian to respond in kind and forget their Christ-like nature altogether -of course while still holding to the letter of the law.

This “anti-christ” might even initiate martial law and crack down on these “extremists.” But something would not add up. The polarization between the phariseeical “Christian” and the god-hating anti-theist could never deceive the whole world, nor would a defiant nihilist bow the knee to anyone, even an anti-christ.
This social cataclysm would be so great, so bloody, that in all of its horror it would show the world the effect of absolute atheism. To defend themselves, people would unite everywhere against the destroyers of civilization. But alas, this establishment would be too strong for the people of the world.

They would need help…

…but being loveless could not turn to God for it.

Then “Jesus” would return to “save” the world from the “anti-christ.” “Jesus” would appear just and virtuous, at least by the standards of a cold church that can no longer recognize the spirit of the law. This “Jesus” would rain fire down from heaven in full sight of men to exterminate the atheists and those who oppose his rule, maybe even Christians, who do not side with a dead and unloving “church.” The whole world would be amazed and follow after “Jesus.”
Having dead hearts, this “church” would be spiritually cut off from above. No longer being able to feel the presence of God, they would no longer be able to discern the true source of salvation, grace from above rather than works from below. Perhaps then with some subtle twist of new age philosophy both the individual and his works would become divine. And at last the pure doctrine of the Light Bearer, “Jesus,” would be universally received.

And no one would ever know what had really happened.

Until it is too late…

“For false messiahs and false prophets will appear and perform great signs and wonders to deceive, if possible, even the elect. ” -Matthew 24:24 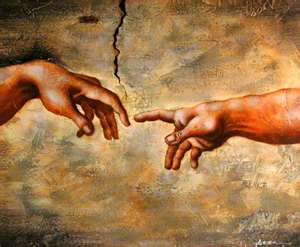 Back in college, I found myself  in between a heated debate about Jesus. Some of my roomies did not believe in Him and suggested that He was an imaginary person…
View Post 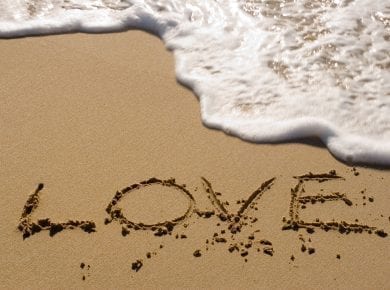 Never before has love been used as much as today. We even have a special holiday for it where people can share their feelings with their dear ones. Yet, it seems…
View Post