Although David had killed men in war, he would not kill king Saul that wanted him dead (1 Samuel 26:24). In one incident, Saul was chasing after David to kill him. David entered the cave where Saul was sleeping in and David had the chance to kill Saul but he refused. When David’s men told him to revenge for himself, he answered saying, “The Lord forbid that I should do such a thing to my master, the Lord’s anointed, or lay my hand on him; for he is the anointed of the Lord” (1 Samuel 24:6). David only cut the corner of Saul’s robe to prove that he could have killed him (v. 5) but he didn’t.

David explained to his soldiers how God is in charge of the situation, “As surely as the Lord lives . . . the Lord himself will strike him, or his time will come and he will die, or he will go into battle and perish. But the Lord forbid that I should lay a hand on the Lord’s anointed” (1 Samuel 26:10–11). David refused to kill the king because he was once anointed by God. Samuel the prophet anointed Saul and set him apart to be king over Israel (1 Samuel 10:1). David would certainly not take matters into his own hands but rather wait on the Lord to bring judgement on the house of Saul.

Some would say that David also was anointed by God to be the future king for “Samuel took the horn of oil and anointed him in the presence of his brothers, and from that day on the Spirit of the Lord came powerfully upon David” (1 Samuel 16:13). That is true but although David was anointed to be a future king, he gladly laid all his plans at the Master’s feet, to await patiently the unfolding of the workings of God.

Even after Saul was killed in battle (1 Samuel 31:6; 2 Samuel 1:4), David grieved over Saul and Jonathan with deep and genuine sorrow. And “David lamented with this lamentation over Saul and over Jonathan his son” (2 Samuel 1:17). This revealed David’s utter sincerity and nobility of nature. In his heart, there was no thought of hate or pleasure at the death of his enemy.

This page is also available in: العربية (Arabic) हिन्दी (Hindi)To kill and to murder are two different things. Murder is “the premeditated, unlawful taking of a life,” whereas killing is,…
View Answer 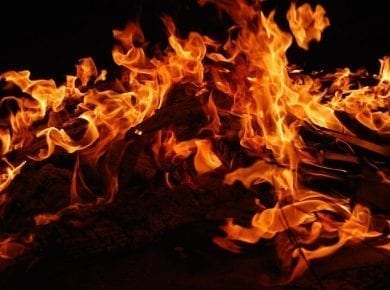 This page is also available in: العربية (Arabic) हिन्दी (Hindi)The lake of fire, hell and the abyss, these are all terms used for the same event. At the end of…
View Answer