If I tell you Cristiano Ronaldo, what is the first thing that can come into your mind?
Soccer?
Real Madrid?
Champions League?

Well many things can come into your mind. Ronaldo is well known all over the world. He is a good soccer player and you can see him in many advertisements related to sport. But from his name, Cristiano, you can assume that he is Christian. Hold that thought.

If I tell you: “Mezut Ozil”, What is the first thing that come into your mind?

Well, most probably, the same things that came into your mind when I wrote Cristiano Ronaldo. However, Ozil is a Muslim and despite the fact that he plays with the German national team, he has Turkish origins. Mezut is a very faithful Muslim who always prays before every game. In the locker room, all his colleagues have noticed his prayer before every single game. Even Cristiano Ronaldo noticed that Ozil is different from his other colleagues. Indeed, not only by the fact that he prays frequently to thank God and ask God to be on his side before every game, but also by his attitude. Personally, I respect this faithful player.

Long story short, with time, Ronaldo started to be influenced by Ozil. Indeed, the Portuguese player has been confronted to a faithful Muslim with a very friendly and nice attitude toward his colleagues and fans. When everybody go to drink alcohol, or eat pork, or whatever, you know what I mean, well, Ozil is not part of it; nevertheless, he doesn’t isolate himself. All these, even lead Ozil to say:

Until now, Cristiano did not get converted to Islam even if he listens to the Quran and he is learning Arabic. Guess what, his instructor is nobody else than Mezut Ozil. Recently, he signed an advertisement contract with a Saudi mobile operator, and he received as a gift the Quran in Portuguese, according to Islam.ru.

Dear friends, Mazut Ozil is a faithful Muslim who left his fingerprint on someone’s life.

By taking Jesus-Christ as an example, each one of us can bring thousands to Jesus-Christ. The point is not to bring people to God, just for the sake of doing it and then moving to something else. When a friend is knocking at your door, do not open it if the only thing you have in mind is to bring him/her to Christ. Because if it doesn’t work from the first time, you will give-up. And if it works, it will come a time when your friendship with that person will lose its value, because all you had in mind was just a “tricky” technique to bring someone to Christ.

On the contrary, we can assuredly know that Jesus-Christ doesn’t like sin but He is the friend of sinners. The problem with those of us who are followers of Jesus is that we do not love like He did.
The reason we have a problem forgiving some folks is that we don’t see ourselves needing the same amount of forgiveness they do. We simply don’t believe that we are no better than the worst of sinners.
Remember when Mary poured the Spikenard on Jesus feet out of love and devotion. Jesus asked Simon, who would love the Master more, the one who owed Him little or the one who owed Him much. And Simon replied. “I suppose the one who owed Him much.”

The practice of making New Year’s resolutions goes back over 3,000 years to the ancient Babylonians. The Babylonians started their year with a clean slate and a good conscience by…
View Post 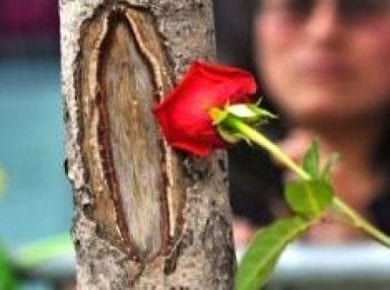 You probably all heard about the Virgin ‘miracle’ tree in New Jersey. Devout Catholics in a crime-ridden New Jersey town are visiting what they say is the miraculous apparition of…
View Post