“And Jesus grew in wisdom and stature, and in favor with God and man” (Luke 2:52). Luke 2: 40 refers mainly to the childhood of Jesus, and Luke 2:52 refers mainly to His youth and young manhood.

Though Christ was originally “in the form of God” He “did not count equality with God a thing to be grasped, but emptied himself,” and, “being born in the likeness of men,” was “found in human form” (Phil. 2:6–8). The divine and the human natures were mysteriously blended into one person. Divinity was dressed with humanity, not replaced by it. The two natures became thoroughly and inseparably one, yet each remained separate.

The Son of God took on the obligations of human nature. For this reason, He grew in wisdom that is, mental excellence in its maximum and fullest sense (Luke 1:17). Wisdom includes not only knowledge but the capability and judgment to use that knowledge in daily life. It is essential to know that Christ faced human problems as every human child would. He was not supernaturally gifted with knowledge and wisdom. Rather He “increased,” or “grew,” in wisdom. This truth gives us hope that every child of God may acquire knowledge in the same manner as Jesus did through the Holy Spirit.

The humanity of Christ

Christ’s early years were years of balanced growth of His physical, mental, and spiritual capabilities. He aimed to reflect flawlessly the character of His Father in heaven. And He spent thirty years of continuous preparation for His short ministry of 3 1/2 years.

The superstitious myths found in the apocryphal gospels concerning Jesus’ childhood and youth teach that He performed miracles during those years before His public ministry (the apocryphal work, 1 Infancy 7:1–35; 13:1–13; 15:1–7; 16:1–16; 18:1–19). But these stories are not true and they present a bizarre contrast with the simple honesty of the Bible record. The truth is that Jesus grew in wisdom like any other human child without special powers. For that He became our supreme example. 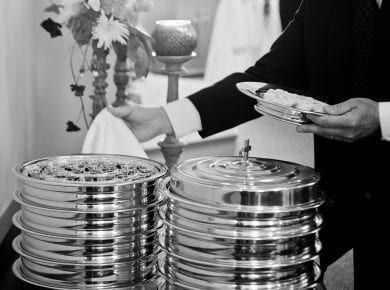 This page is also available in: हिन्दी (Hindi)“Then Jesus said to them, “Most assuredly, I say to you, unless you eat the flesh of the Son of Man and drink…
View Answer

This page is also available in: हिन्दी (Hindi)Thank you for contacting BibleAsk. The Ministry of Jesus included entire nights of prayer where He sought the Father to be filled with…
View Answer