The requirement of celibacy upon priests is not only socially dangerous, but is also unbiblical. God Himself had proclaimed, “It is not good that the man should be alone” (Gen. 2:18). It was not God’s purpose for him to live life without a companion. Loneliness would be detrimental to his well being. The formation of character may be far more effective and complete in close association with another human being than when a man is “alone.” In the intimate, day by day relationships of home life more can be accomplished by way of softening and subduing the unlovely traits of character and strengthening the better qualities than could be possible otherwise. Celibacy is not the ordinary, normal state.

In the Bible, a priest was to be married in order to keep a lineage of those who were to serve God. Zacharias was a priest married to Elizabeth “And they were both righteous before God, walking in all the commandments and ordinances of the Lord blameless” (Luke 1:5-6). They were not celibate, as they bore a son, John the Baptist. God’s favor was clearly upon this couple.

Jesus never recommended celibacy, either for Christians as a whole or for Christian leaders. In describing the requirements for being a bishop in the church, the Bible states that he should be married. “A bishop then must be blameless, the husband of one wife, vigilant, sober, of good behaviour, given to hospitality, apt to teach;” (1 Timothy 3:2).

The Scripture record states specifically that Peter was married (Mark 1:30). Thus, it does not make sense for the Catholic church to say that Peter was the first pope when the pope is never to be married.

While celibacy is not entirely wrong, it is not for most people. Jesus spoke of the gift of celibacy, yet He made it very clear that this gift is only given to the one, “that is able to receive it, let him receive it” (Matthew 19:10-12). Thus, celibacy is entirely voluntary, not required.

In fact, Paul’s prophetic prediction that some would “depart from the faith” states that “forbidding to marry” would be a sign of this. “Now the Spirit speaketh expressly, that in the latter times some shall depart from the faith, giving heed to seducing spirits, and doctrines of devils … forbidding to marry” (1 Timothy 4:1, 3). Paul here warns against fanatical concepts that were first introduced into Christianity by the Gnostics and perpetuated by the monastic system. The Gnostics believed that all matter was evil, and that the human body, being material, must have its passions repressed and denied. According to this theory, marriage became a concession to the lusts of the flesh, and was therefore sinful. Paul makes clear that marriage is a God-given institution and that to attack this institution would be to assail the infinite wisdom and beneficent purposes of God (1 Cor. 7:2; Heb. 13:4).

The Bible clearly teaches that, “Marriage is honorable in all, and the bed undefiled” (Hebrews 13:4). Marriage is “honorable” for “all,” especially God’s ministers. Thus, the Catholic Church requirement of celibacy upon its priesthood is against the clear teachings of Scripture. 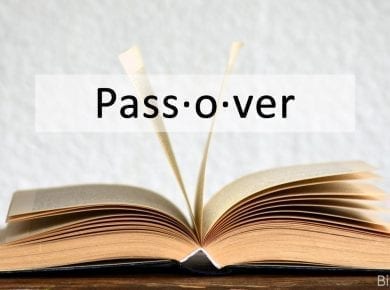 This page is also available in: हिन्दी (Hindi)The Passover or Pesach is one of the Jewish yearly feasts (Leviticus 23). It commemorates the Exodus and the deliverance of the Israelites…
View Answer

This page is also available in: हिन्दी (Hindi)The Bible teaches the priesthood of all believers “You also, as living stones, are being built up a spiritual house, a holy priesthood,…
View Answer