Question: Can you share references where the Catholic Church and other churches admit that Sunday worship is not Biblical?

Answer: Here are some references where the Catholic Church and other churches admit that Sunday worship is not Biblical:

Baptist: “There was and is a command to keep holy the Sabbath day, but the Sabbath day was not Sunday. It will however be readily said, and with some show of triumph, that the Sabbath was transferred from the seventh to the first day of the week, with all its duties, privileges and sanctions. Earnestly desiring information on this subject, which I have studied for many years, I ask, where can the record of such a transaction be found? Not in the New Testament – absolutely not. There is no scriptural evidence of the change of the Sabbath institution from the seventh to the first day of the week… Of course, I quite well know that Sunday did come into use in early Christian history… but what a pity that it comes branded with the mark of paganism and christened with the name of the Sun god, when adopted and sanctioned by the papal apostasy, and bequeathed as a sacred legacy to Protestantism.” -Dr. E.T. Hiscox, author of the Baptist Manual.

Methodist: “It is true that there is no positive command for infant baptism. Now is there any for keeping holy the first day of the week. Many believe that Christ changed the Sabbath. But, from His own words, we see that He came for no such purpose. Those who believe that Jesus changed the Sabbath base it only on a supposition.” -Amos Binney, Theological Compendium, p. 180-181.

Congregationalist: “It is quite clear that however rigidly or devotedly we may spend Sunday, we are not keeping the Sabbath… The Sabbath was founded on specific, divine command. We can plead no such command for the observance of Sunday… There is not a single line in the New Testament to suggest that we incur any penalty by violating the supposed sanctity of Sunday.” –Dr. R.W. Dale, The Ten Commandments, p.106-107.

Lutheran: “The observance of the Lord’s Day (Sunday) is founded not on any command of God, but on the authority of the Church.” -Augsburg Confession of  Faith.

Brethren: “With the views of the law and the Sabbath we once held … and which are still held by perhaps the great majority of the most earnest Christians, we confess that we could not answer Adventists. What is more, neither before or since have I heard or read what would conclusively answer an Adventist in his Scriptural contention that the Seventh day is the Sabbath (Ex. 20:10). It is not ‘one day in seven’ as some put it, but ‘the seventh day according to the commandment.'” -Words of Truth and Grace, p. 281.

Lutheran Free Church: “For when there could not be produced one solitary place in the Holy Scriptures which testified that either the Lord Himself or the apostles had ordered such a transfer of the Sabbath to Sunday, then it was not easy to answer the question: Who has transferred the Sabbath, and who has had the right to do it?” -George Sverdrup, A New Day.

Protestant Episcopal: “The day is now changed from the seventh to the first day… but as we meet with no Scriptural direction for the change, we may conclude it was done by the authority of the church.” –Explanation of Catechism.

Southern Baptist: “The sacred name of the Seventh day is Sabbath. This fact is too clear to require argument [Exodus 20:10 quoted]… on this point the plain teaching of the Word has been admitted in all ages… Not once did the disciples apply the Sabbath law to the first day of the week, — that folly was left for a later age, nor did they

Presbyterian: “There is no word, no hint in the New Testament about abstaining from work on Sunday. The observance of Ash Wednesday, or Lent, stands exactly on the same footing as the observance of Sunday. Into the rest of Sunday no Divine Law enters.” -Canon Eyton, in The Ten Commandments.

Disciples of Christ: “There is no direct Scriptural authority for designating the first day ‘the Lord’s Day.’ ” –Dr. D.H. Lucas, Christian Oracle, January, 1890.

Episcopalian: “We have made the change from the seventh day to the first day, from Saturday to Sunday, on the authority of the one holy, catholic, apostolic church of Christ.” -Bishop Symour, Why We keep Sunday.

American Congregationalist: “The current notion that Christ and His apostles authoritatively substituted the first day for the seventh, is absolutely without any authority in the New Testament.” -Dr. Layman Abbot, in the Christian Union, June 26, 1890.

Christian Church: “Now there is no testimony in all the oracles of heaven that the Sabbath is changed, or that the Lord’s Day came in the room of it.” -Alexander Campbell, in The Reporter, October 8, 1921.

Church of England: “Nowhere in the Bible is it laid down that worship should be done on Sunday. Remember the Sabbath day to keep it holy. …! That is Saturday.” -P. Carrington, Archbishop of Quebec, Oct. 27, 1949; cited in Prophetic Signs, p. 12.

Catholic: “Protestants … accept Sunday rather than Saturday as the day for public worship after the Catholic Church made the change… But the Protestant mind does not seem to realize that … in observing Sunday, they are accepting the authority of the spokesman for the Church, the pope.” -Our Sunday Visitor, February 5th, 1950. 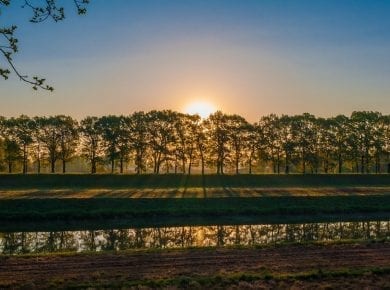 This answer is also available in: हिन्दीLet’s briefly allow the scriptures to answer the question: Why should Christians keep the Seventh Day Sabbath? Old Testament God instituted the seventh day…
View Answer

This answer is also available in: हिन्दीHosea 2:11 “I will also cause all her mirth to cease, her feast days, her New Moons, her Sabbaths—all her appointed feasts” (Hosea 2:11).…
View Answer