To identify the harlot that is called “Babylon the Great, the Mother of Harlots” in Revelation 17, we need to turn to the Bible. According to the Bible, a pure woman symbolizes a pure church which is faithful to Jesus, so an impure woman represents an impure, or fallen, church which is unfaithful to Jesus (James 4:4). “Thou didst trust in thine own beauty, and playedst the harlot” (Ezekiel 16:2, 15). The harlot is an impure church.

Which church would be the harlot?

Revelation 17 presents points that show that mother Babylon is the papacy. Let’s examine these points:

A. She persecuted the saints (verse 6).

That the Catholic Church does admit the fact of persecuting the saints. Conservative historians claim the church probably destroyed at least 50 million people for their faith. “That the Church of Rome has shed more innocent blood than any other institution that has ever existed among mankind, will be questioned by no Protestant who has a competent knowledge of history.” W. E. H. Lecky, History of the Rise and Influence of the Spirit of Rationalism in Europe, Volume 2, p. 40.

B. She was dressed in purple and scarlet (verse 4).

The popes often wear the royal color of purple at important functions, and red is the color of the robes of Catholic cardinals.

C. The seven heads of the beast (verse 3)

The seven heads of the beast upon which the woman is seated are seven mountains (verse 9). It is well known that Rome, the world headquarters of the papacy, is built upon seven hills or mountains.

D. The beast is guilty of blasphemy (verse 3)

A point which also clearly fits the papacy. Blasphemy has two definitions in Scripture:

Let’s first look at the evidence for it claiming to forgive sins: “Does the Priest truly forgive the sins, or does he only declare that they are remitted? The Priest does really and truly forgive the sins in virtue of the power given to him by Christ.”Joseph Deharbe, S.J., A Complete Catechism of the Catholic Religion (New York: Schwartz, Kirwin & Fauss, 1924), p. 279.

Next let’s look at the evidence for it claiming to be God: “We [the popes] hold upon this earth the place of God Almighty.”Pope Leo XIII, Encyclical Letter “The Reunion of Christendom” (dated June 20, 1894) trans. in the Great Encyclical Letters of Pope Leo XIII (New York: Benziger, 1903), p. 304. Here is another: “The pope is not only the representative of Jesus Christ, but he is Jesus Christ, Himself, hidden under the veil of flesh.”Catholic National, July 1895.

Alexander Flick says that by the 13th century, the pope was “at least in theory and claim … the ruler of the whole world in temporal and spiritual affairs.” The Rise of the Mediaeval Church (New York: Burt Franklin, 1959), pp. 575, 576.

It is widely known that there is only one church which claims to be the mother church, the great Roman Catholic Church. A prominent Catholic priest, John A. O’Brien, said: “That observance [Sunday-keeping] remains as a reminder of the Mother Church from which the non-Catholic sects broke away.” John A. O’Brien, The Faith of Millions (Huntington, IN: Our Sunday Visitor, Inc., 1974), p. 401.

Many leaders of the Reformation (Huss, Wycliffe, Luther, Calvin, Zwingli, Melanchthon, Cranmer, Tyndale, Latimer, Ridley, and others) all taught that the papacy is the power that is being pointed in Revelation 17. George Eldon Ladd, The Blessed Hope (Grand Rapids, MI: William B. Eerdman’s Publishing Co., 1956), pp. 32-34. 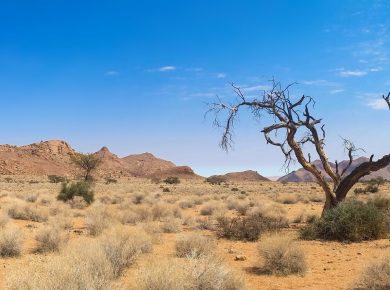 This answer is also available in: हिन्दीThe prophecy of the famine The prophet Amos under inspiration wrote, “Behold, the days are coming,” says the Lord God, “that I will send…
View Answer

This answer is also available in: हिन्दी“Then I saw another angel flying in the midst of heaven, having the everlasting gospel to preach to those who dwell on the earth—to…
View Answer