In Genesis 6:2, Moses wrote, “That the sons of God saw the daughters of men that they were fair; and they took them wives of all which they chose.”

This verse has been explained in different ways. Some old Jewish commentators, the early church Fathers, and many modern expositors have thought these “sons” to be angels, comparing them with the “sons of God” of Job 1:6; 2:1; 38:7. But this view is not Biblical because the punishment that was to be given was for the sins of human beings (v. 3), and not of angels.

In addition. angels do not marry according to Jesus’ words in Matthew 22:30. Therefore, the “sons of God” were none other than the descendants of Seth, and the “daughters of men,” of the godless Cainites. And we see this in the Scriptures for later on the Lord called Israel His “firstborn son” (Exodus 4:22), and Moses called the people of Israel “children of the Lord your God” (Deuteronomy 14:1).

These unsanctified alliances between Sethites and Cainites caused the speedy decline in wickedness among God’s children. The Lord has ever warned His children not to marry unbelievers, because of the great danger to which the believer is thus exposed and to which he usually succumbs (Deuteronomy 7:3, 4; Joshua 23:12, 13; Ezra 9:2; Nehemiah 13:25; 2 Corinthians 6:14, 15).

But the Sethites did not pay attention to God’s which were given them. led by physical attractions, they were not satisfied with the beautiful daughters of the godly race, and instead preferred Cainite brides. Moreover, the prevalence of polygamy seems to be suggested by the plural expression used, they took “wives.”

The withdrawal of God’s Spirit

So the Lord declared, “And the LORD said, My spirit shall not always strive with man, for that he also is flesh: yet his days shall be an hundred and twenty years” (v. 3).  The fact that this statement follows immediately after the reference to these unholy marriages confirms that God’s displeasure was specifically shown toward this evil practice. Slaves to their lusts, they were no longer under God’s Spirit. The word “strive” in the Hebrew means “to rule,” and “to judge.” These words show that the Holy Spirit could continue working but a little longer, and would then be withdrawn from the unholy and human race.

Even God’s long-suffering has an end. Peter refers to the work of the Spirit on the hearts of the antediluvians, saying that the Spirit of Christ preached to these prisoners of Satan (1 Peter 3:18–20). 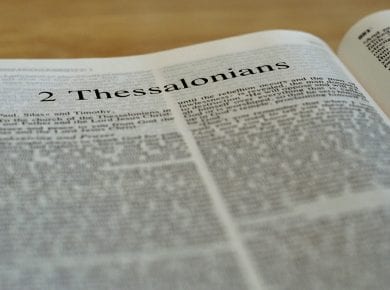 This answer is also available in: العربية हिन्दीThe apostle Paul warned the believers of Thessalonica saying, “For the mystery of lawlessness is already at work; only He who now restrains… 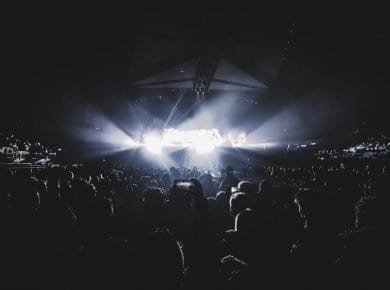 This answer is also available in: العربية हिन्दीThe phrase “cloud of witnesses” in Hebrews 12:1 is a metaphor that portrays a Christian to be an athlete making preparation to run…