The parable of the unjust steward in Luke chapter 16 talks about the use of present opportunities in relation to the future life (Luke 16:25–31). It was mainly addressed to the disciples and it showed a dynamic principle to wise stewardship. Jesus called upon His followers to turn their thoughts from the things of this life to those of eternity.

The unjust steward was wasting his master’s goods and was also accused of stealing. So his master asked him to give an account of his stewardship (v. 2) that the master would examine them to determine whether the charges against his steward were justified.

The unjust steward was guilty and realized that he could not defend himself. So, he came up with a shrewd plan. While the steward was yet in a position to do so, he would use his present position to provide for his future. He planned to place his master’s debtors under personal obligation to himself. Had he used the same wisdom and hard work in advancing his master’s business that he used in furthering his own, he would have achieved success instead of failure.

“So he called every one of his master’s debtors to him, and said to the first, ‘How much do you owe my master?’  And he said, ‘A hundred [b]measures of oil.’ So he said to him, ‘Take your bill, and sit down quickly and write fifty.’  Then he said to another, ‘And how much do you owe?’ So he said, ‘A hundred measures of wheat.’ And he said to him, ‘Take your bill, and write eighty.  So the master commended the unjust steward because he had dealt shrewdly. For the sons of this world are more shrewd in their generation than the sons of light” (verse 5-7).

The lesson of this parable

Jesus found in the master’s commendation of his unjust steward something beneficial to teach His disciples. The rich man did not condone his steward’s dishonesty. For it was for dishonesty that he was being let go of his position. But he was praised for the shrewdness with which he advanced his career of wrong doing. He was commended for the diligence with which he planned out his way of escape. His “wisdom,” consisted basically in the diligent use he made of present opportunities while they lasted.

Jesus said that people who live entirely for this life often show more seriousness in their pursuit of what it has to offer than Christians do in their preparation for the life to come. Christians should have a great zeal “according to knowledge” (Romans 10:2). They must have a true sense of the honor and glory that awaits them (Matthew 6:24–34). Unlike the unjust steward, they should seize every present opportunity in this life while it lasts to get ready for heaven.

Generally, Bible students find the parable of the unjust steward hard to explain because of the seeming praise given to the dishonest steward (v. 8). But this parable is not to be understood allegorically. Because it is a basic rule in the interpretation of parables that no effort should be made to read some special meaning into every detail. Jesus made this parable only to illustrate one precise truth, the one He points out in vs. 8–14. Jesus did not commend the dishonesty of the steward (v. 8). He only commended the deep truth that all who would be His disciples must be characterized by wisdom in their preparation for the life to come. 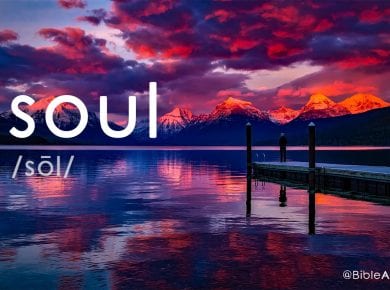 This answer is also available in: हिन्दीSoul is in Hebrew “nephesh” and it appears 755 times in the OT, and 144 times in the book of Psalms where it is…
View Answer

This answer is also available in: हिन्दीTo understand the context of Matthew 9:16-17, let us read verses 14-15: “Then the disciples of John came to Him, saying, “Why do we…
View Answer