“Because it entereth not into his heart, but into the belly, and goeth out into the draught, purging all meats?”  (Mark 7:19).

The issue here was not about clean or unclean animals but rather regarding the washing of hands before eating “And when they saw some of his disciples eat bread with defiled, that is to say, with unwashen, hands, they found fault…Then the Pharisees and scribes asked him, Why walk not thy disciples according to the tradition of the elders, but eat bread with unwashen hands?” (Mark 7:2, 5).

The scribes taught that eating food without a special ceremonial washing defiled the eater. The context (vs. 1–14, 20–23) deals, not with biological uncleanness, but with uncleanness supposedly incurred from the omission of ritual washing (vs. 15). The kind of food the disciples ate (vs. 2, 5) is not even referred to, but only the way in which they ate (vs. 2, 5, 15).

Throughout His teachings, Christ deals with the problem of the “commandment of God” versus the “tradition of men” (vs. 5–15, 19). Jesus said the ceremonial washings were meaningless in relation to the heart. In verse 19, He listed certain evils–murders, adulteries, thefts, etc. Then, He concluded, “These are the things which defile a man: but to eat with unwashen hands defileth not a man” (vs. 20).

It should be noted that the Greek word bromata, translated “meats,” means simply “that which is eaten,” “food,” and includes all kinds of food; it never denotes the flesh of animals as distinguished from other kinds of food. To limit the words “purging all meats” to flesh foods and to conclude that Christ here abolished the distinction between clean and unclean flesh used as food (Lev. 11) is to ignore completely the meaning of the Greek. 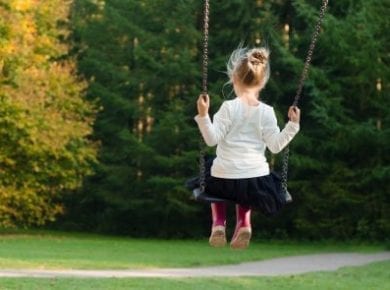 This page is also available in: हिन्दी (Hindi)During Christ’s earthly ministry, the disciples asked Him about the reason behind children born with disabilities: “Now as Jesus passed by, He saw…
View Answer 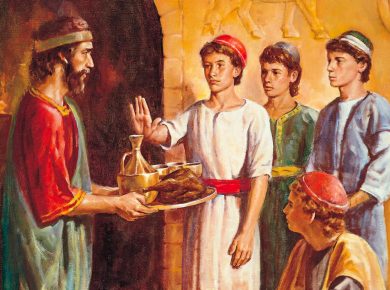 Table of Contents BackgroundThe king’s orderReasons against Babylonian FoodGod honors Daniel This page is also available in: हिन्दी (Hindi)The story of when Daniel refused to eat Babylonian food in the…
View Answer