The Bible clearly forbids people to try to communicate with the dead “And when they shall say unto you, Seek unto them that have familiar spirits, and unto wizards that peep, and that mutter: should not a people seek unto their God? for the living to the dead?” (Isaiah 8:19). The Scriptures said that all that contact the dead should be executed because it’s dabbling with demon-communication “A man also or woman that hath a familiar spirit, or that is a wizard, shall surely be put to death: they shall stone them with stones” (Leviticus 20:27).

We can’t contact the dead because they are totally unconscious with no activity or knowledge of any kind. The Bible says “For the living know that they will die; But the dead know nothing, And they have no more reward, for the memory of them is forgotten. Also their love, their hatred, and their envy have now perished; Nevermore will they have a share in anything done under the sun” (Ecclesiastes 9:5, 6); “His sons come to honor, and he does not know it; They are brought low, and he does not perceive it” (Job 14:21); “His breath goes forth, he returns to his earth; in that very day his thoughts perish” (Psalm 146:4); “The dead praise not the Lord, neither any that go down into silence” (Psalms 115:17); “For in death there is no remembrance of you: in the grave who shall give you thanks?” (Psalms 6:5); “So man lieth down, and riseth not: till the heavens be no more” (Job 14:12).

When humans try to communicate with the dead, they are actually communicating with demons that are impersonating departed dead ones. Devils can work incredibly convincing miracles (Revelation 13:13, 14). Satan and his angels will appear as angels of light (2 Corinthians 11:14) and, even more shocking, as Christ Himself at the end of time (Matthew 24:23, 24).

The dead will sleep in their graves till the Resurrection Day at the end of the world. “Do not marvel at this; for the hour is coming in which all who are in the graves will hear His voice  and come forth— those who have done good, to the resurrection of life, and those who have done evil, to the resurrection of condemnation” (John 5:28, 29). Rewards or punishments are given at the end of the world and not at death.”Behold, I come quickly; and my reward is with me, to give every man according as his work shall be” (Revelation 22:12).

In the end-time Satan will again use sorcery as he did in Daniel’s day to deceive the world (Revelation 18:23). Sorcery is the supernatural agency that claims to receive its power and wisdom from the spirits of the dead. Satan and his angels will pose as godly loved ones who have died, prophets, or even the disciples of Christ (2 Corinthians 11:13) to deceive billions. 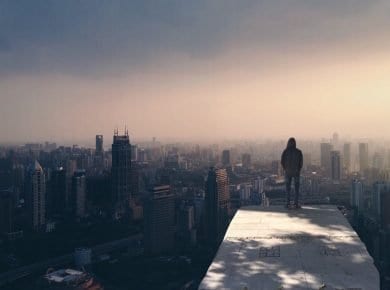 This page is also available in: हिन्दी (Hindi)Suicide is never the answer. God is. Before you contemplate ending your life you need first to give the Lord a chance to…
View Answer 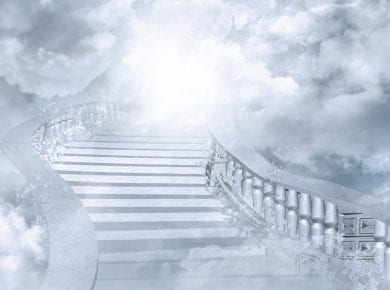 This page is also available in: हिन्दी (Hindi)The Scriptures teach that when a person dies, the spirit, the breath of life, or the divine spark of life returns to God…
View Answer