The Big Bang theory is taught and pushed in the educational systems in spite of the many flaws it contains. There are many reasons why the Big Bang Theory is not scientific. Here are briefly just seven reasons:

If the Big Bang took place 13.7 billion years ago, then the deeper scientists look into the universe, the closer to the explosion they should see. However, no matter how deep they look into space, still there is no proof of it. Instead of seeing developing stars and planets at the early pre-formed universe, they see stars and planets just like the ones in our own galaxy.

Galaxies in the universe are spread out in an uneven fashion, clumped together at certain points with big gaps. For this theory to have happened, galaxies would be perfectly and evenly spread out. This lack of universal galactic uniformity contradicts the fundamental aspects of the Big Bang theory.

In order for the Big Bang theory to be true, dark matter and dark energy should be the most abundant substances in the universe. But there is no evidence for Dark Matter and Dark Energy anywhere in the universe whatsoever.

A magnetic monopole is a particle which holds an electrical charge, generating a net “magnetic charge” within the individual particle. If the Big Bang theory was true, these particles should be commonly and frequently found in the universe. But a magnetic monopole has never been once observed.

Newton’s Second Law of Thermodynamics – Entropy – states that all matter has a natural tendency to move to disorder. But, for the Big Bang to have happened the opposite thing would have happened: all matter would have moved toward order – this is impossible.

Newton’s First Law of Thermodynamics states that matter cannot be created nor destroyed. However, the Big Bang theory teaches that the universe was created out of nothing. This is scientifically impossible.

For these reasons and others, the Big Bang theory remains just a theory and not a scientific fact. 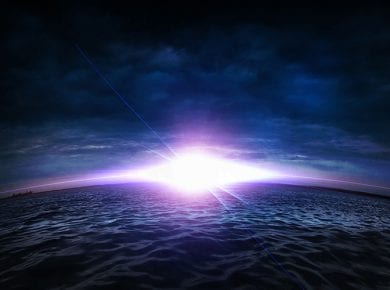 This answer is also available in: हिन्दीSome believe that the days of creation week were long geological periods of time. But this is not consistent with the Bible. Here are…
View Answer

This answer is also available in: हिन्दीThe Bible records, “‘And these you shall regard as an abomination among the birds; they shall not be eaten, they are an abomination: the…
View Answer