Satan and his angels can certainly appear like aliens from other galaxies. Being a created angel himself, the devil cannot create any kind of life form but he can create images, just as humans are capable of making video images.

The Bible tells us that the pagan magicians at Pharaoh’s court at the time of Moses and Aaron tried to imitate the supernatural act of Aaron when he by the power of God turned his staff into a living snake and “Each one (of the magicians) threw down his staff and it became a snake.” But because the magicians’ snakes were not real, Aaron’s real snake “swallowed up” all their fake snakes (Exodus 7:12).

Satan and his evil angels can perform false miracles or delusions like aliens. Revelation 16:14 says: “For they are the spirits of devils, working miracles.” The devil can appear as an angel of light (2 Corinthians 11:14) and, even more shocking, as Christ Himself: “False christs and false prophets will rise and show great signs and wonders to deceive, if possible, even the elect” (Matthew 24:24).

These miracles will be convincing. In fact, the Bible tells us that the devil will deceive the world by his miracles: “He performs great signs, so that he even makes fire come down from heaven on the earth in the sight of men. And he deceives those who dwell on the earth by those signs which he was granted to do …” (Revelation 13:13, 14). Studying the Bible and having a relationship with Jesus allows us to be aware of what will happen, and thus protect us from being deceived. “Be sober, be vigilant; because your adversary the devil, as a roaring lion, walks about, seeking whom he may devour” (1 Peter 5:8). 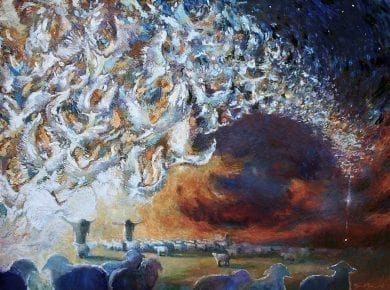 This answer is also available in: हिन्दी“Then I looked, and I heard the voice of many angels around the throne, the living creatures, and the elders; and the number of…
View Answer 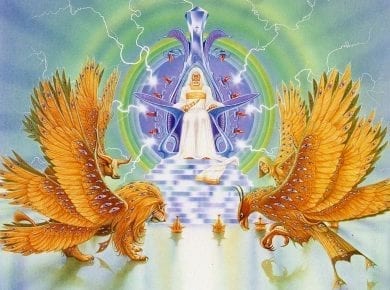 This answer is also available in: हिन्दीThe apostle John wrote, “Each of the four living creatures had six wings and was covered with eyes all around, even under its wings.…
View Answer