Questions: Can you give some examples from the Bible of those who did not repay evil for evil?

Answer: The Bible teaches that the Christian should not repay evil for evil but rather “overcome evil with good” (Romans 12:21). By being kind and good to your enemy, you “heap coals of fire” upon his head and he will feel ashamed (Proverbs 25:21, 22).

The first and foremost example of not repaying evil for evil is that of Jesus our Lord. When the Romans and the Jews crucified Him, He prayed for them saying “Father, forgive them, for they do not know what they do” (Luke 23:34). Jesus did not give His enemies the vengeance they have deserved, but rather treated them with love and mercy. It is the goodness, forbearance, and long-suffering of God that lead men to repentance (Romans 2:4).

Following Christ’s example was the first martyr of the Christian church, Stephen, who also prayed for the forgiveness of those who were stoning him (Acts 7:59). In pleading for them, he revealed how fully he had acquired the forgiving spirit that had characterized his Master.

Paul manifested a similar love toward the Jews of his day that persecuted him: “For I could wish that I myself were accursed from Christ for my brethren, my countrymen according to the flesh (Romans 9:3). He didn’t repay evil for evil.

In the OT, Joseph didn’t seek revenge from his brothers who sold him into slavery but instead he forgave them, spared their lives, and blessed them with favor and peace in the land of Egypt (Genesis 50:15-21). Also, Moses pleaded for the salvation of the Israelites who caused him great pain and heartache. Moses prayed to God to save them or else blot his name from the heavenly book (Exodus 32:32).

Another example is that of David who had the chance to take revenge from King Saul who was wanted to kill him. One day, David found Saul sleeping in a cave and although he was urged to kill him, David chose not to (1 Samuel 24).

The infliction of vengeance is a sign of weakness not strength. The Christian who is being transformed into the image of God (Romans 12:2) will not repay evil for evil but will show by his good treatment of his enemies that his character is becoming more like the character of God, who is love (1 John 4:8) 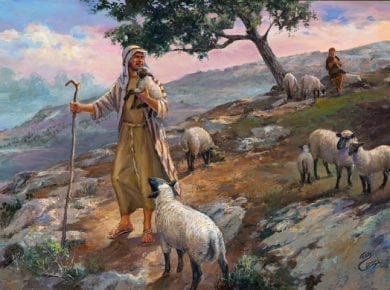 This page is also available in: हिन्दी (Hindi) The Bible tells us that “Moses was a very humble man, more humble than anyone else on the face of the earth”…
View Answer 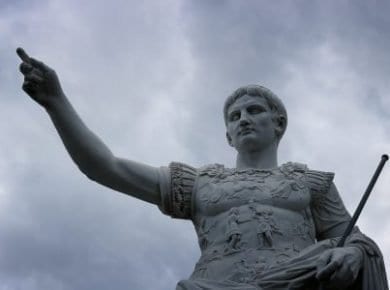 This page is also available in: हिन्दी (Hindi)There are a few references to Caesar in the Bible. Caesar is a title used by Roman emperors. It usually stands for a…
View Answer