Death was not part of God’s original plan. But after sin, people became subject to death (Romans 5:12) and this fear seized them. But the apostle Paul gives the good news of how we can overcome this dreadful fear, “Since then the children share in flesh and blood, He Himself likewise also partook of the same, that through death He might render powerless him who had the power of death, that is, the devil; and might deliver those who through fear of death were subject to slavery all their lives” (Hebrews 2:14-15).

Christ conquered death when He resurrected from the grave. Not only did Christ Himself rise, but “the graves were opened; and many bodies of the saints which slept arose, and came out of the graves after his resurrection” (Matthew 27:52, 53). Christ, entered the realm of death, conquered it, and took away some captives of death, “and having spoiled principalities and powers, he made a shew of them openly, triumphing over them in it” (Colossians 2:15).

Jesus offers this same victory over the fear of death to all who believe in Him. Henceforth, death for the believers is but a sleep; they rest in peace until God calls them up at the Resurrection. For many it will even be a blessed sleep (Revelation 14:13). Christ “hath abolished death” (2 Timothy 1:10). For He has “the keys of hell and of death” (Revelation 1:18; 1 Corinthians 15:51–57).

For this reason, Jesus comforts His children saying, “Let not your heart be troubled; believe in God, believe also in Me. “Let not your heart be troubled; you believe in God, believe also in Me. In My Father’s house are many mansions; if it were not so, I would have told you. I go to prepare a place for you. And if I go and prepare a place for you, I will come again and receive you to Myself; that where I am, there you may be also. And where I go you know, and the way you know.” Thomas said to Him, “Lord, we do not know where You are going, and how can we know the way?” Jesus said to him, “I am the way, the truth, and the life. No one comes to the Father except through Me.” (John 14:1-6).

Because of Christ’s promise, we have no reason to fear death. We have the hope of eternal life with Him.  Paul, speaks in reference to his own death: “For to me, to live is Christ, and to die is gain” (Philippians 1:21-23). The Christian has nothing worthwhile to lose by death, but he has much to gain. He loses temptation, pain, and suffering and he gains, at the resurrection, eternity. 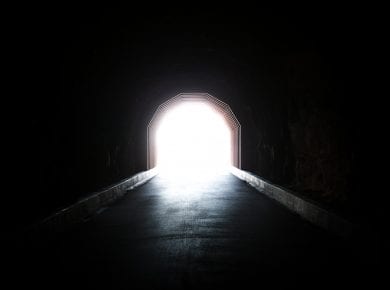 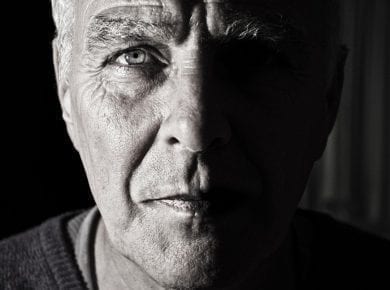 This answer is also available in: हिन्दीQuestion: Man was created in God’s image and since God is immortal, doesn’t that mean that man is also immortal? Answer: The Bible teaches…
View Answer