Some atheists claim that life created itself through spontaneous generation such as biopoiesis or abiogenesis. The Encyclopaedia Britannica defines biopoiesis as, “a process by which living organisms are thought to develop from nonliving matter, and the basis of a theory on the origin of life on Earth.” On the other hand, biogenesis states that complex living things come only from other living things, by reproduction. That is, life does not arise from non-living material.

Scientific research contradicts abiogenesis or spontaneous generation. Research done and documented by Francesco Redi (1626-1697), Lazzaro Spallanzani (1729-1799), and Louis Pasteur (1822-1895) had shown that life comes only from life. Later, the German scientist Rudolf Virchow (1821-1902) also elaborated on the scientific understanding of the Law of Biogenesis where he recognized that all cells come from cells by binary fusion.

Biogenesis is clearly affirmed in today’s text books. A high school biology textbook states: “It was not until 1864, and the elegant experiment of French scientist Louis Pasteur, that the hypothesis of spontaneous generation was finally disproved” (Miller and Levine, 1991, p. 341). Evolutionists push abiogenesis in spite of the fact that there are no laboratory models. Abiogenesis has never been observed to occur. No proof was given to explain how matter could have sprung to life. Thus, evolution is based on the non-provable assumption that non-living things gave rise to living material.

And in spite of the non-provable assumptions, many evolutionists today still assert that their theory is scientific.  They are unwilling to accept the alternative belief in special creation. They refuse to consider the God option. In nature, life comes only from life of its own kind. All scientific evidence confirms this well-established fact of science. Biogenesis is a law and abiogenesis is not.

Finally, the evolutionist J.D. Bernal who came up with the term “biopoiesis” summed up his views saying, “It is possible to demonstrate effectively…how life could not have arisen; the improbabilities are too great, the chances of the emergence of life too small. Regrettably from this point of view, life is here on earth…and the arguments have to be bent around to support its existence.” 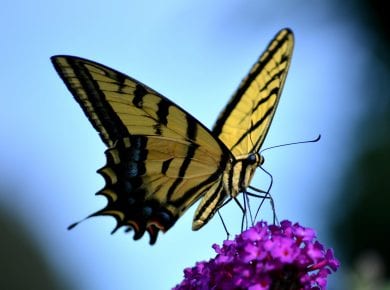 This answer is also available in: हिन्दीMacroevolution and Microevolution Macroevolution Darwinists believe that all life is genetically related and has descended from a common ancestor. The first birds and the…
View Answer