Arminianism is Biblical for its basic principle lies in the rejection of predestination and affirming free will. Arminianism and Calvinism can be summarized with five points. The following is a brief examination to both systems in relation to the Word of God:

Calvinism: People are so depraved that they are unable to be saved without God’s grace.

Arminianism: People are depraved but they are able to believe in God with His grace.

Calvinism: God chooses unconditionally whom he will save.

Arminianism: God has chosen or elected people to salvation whom he foresaw would believe.

The Bible support for Arminianism: God’s election is based only on His foreknowledge (1 Peter 1:2; Romans 8:29). God foreknows because He is omniscient, that is, He knows all things. The past, present, and future are all equally known to Him. He knows who will choose Him and who will reject Him. God simply sees what man will choose but it is up to man to decide his own destiny. God’s foreknowledge does not interfere with man’s freedom of choice. The Scriptures teach that “whosoever will” may come to Christ (John 3:15,16; 4:14; 12:46; Acts 2:21, 10:43; Romans 10:13; Revelation 22:17). The word whosoever means “all, any, every, and the whole.”

Calvinism: Christ’s death is a sufficient atonement for all but designed that it be effective for the elect.

Arminianism: Christ’s death is a sufficient atonement for all and would be effective by faith when the believers, not Christ, make the decision.

The Bible support for Arminianism: The death of Christ was offered for every man,1 John 2:2 tells us that Jesus’ death was a propitiation (satisfaction) not only for our sins, but for the sins of “the whole world.” In Hebrews 2:9, it says that Christ tasted death for “every man.” 1 Timothy 2:6 says that He gave Himself a ransom for all. John the Baptist declared in John 1:29 that Jesus was the Lamb of God that taketh away the sin of the world. In Isaiah 53:6, the Word of God states that all have gone astray and that the Lord laid on Jesus the iniquity of us all. Since the gospel is for “whosoever will” and it consists of the good news that Christ died for all sinners, we conclude that the atonement of Christ is not limited. Also, the Holy Spirit is presently working to convict the world (all men) of sin. God is “not willing that any should perish” (2 Peter 3:9) but wants “all men to be saved” (1 Timothy 2:4).

Calvinists: The new birth is God’s work of renewal in the heart that brings about the act of faith.

Arminianism: The new birth is God’s work of renewal in the heart but it is only a response to the believer’s act of faith.

The Bible support for Arminianism: The Bible says, “the grace of God that bringeth salvation has appeared to all men” (Titus 2:11). Since God has provided salvation for all men and yet all do not come, this is proof enough that men can resist the grace of God. The Bible gives clear instances of men resisting the grace of God. Jesus stood over Jerusalem and said that He wanted to gather them unto Himself, but they “would not” (Matthew 23:37). When Stephen preached to the Jews he said, regarding their attitude toward God’s Word, that they were stiff-necked and that they were resisting the Holy Spirit Who was calling them (Acts 7:51). The writer of Hebrews, when describing those “who draw back unto perdition” (Hebrews 10:39), said that though they were sanctified by the blood of Christ, yet they had “done despite unto the Spirit of grace” (Hebrews 10:29).

Calvinists: God works infallibly to preserve the saints in faith so no one is ever lost.

Arminianism: God works to preserve His people in faith but people can choose to reject God and fall away. 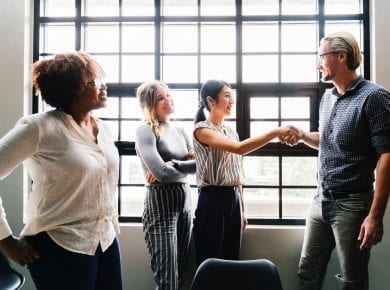 This page is also available in: हिन्दी (Hindi)Women in the church has become more controversial topic in recent days. While both men and women serve the Lord in significant ways,…
View Answer 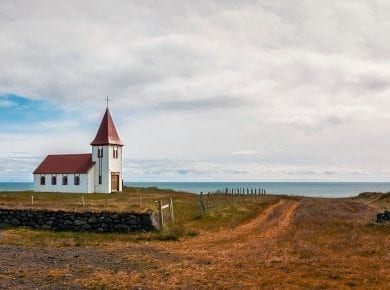 This page is also available in: हिन्दी (Hindi)The right to freedom of religion is so central in American democracy that it was established in the First Amendment to the Constitution.…
View Answer