“And if thy hand offend thee, cut it off: it is better for thee to enter into life maimed, than having two hands to go into hell, into the fire that never shall be quenched: Where their worm dieth not, and the fire is not quenched” (Mark 9:43, 44).

The word hell used in Mark 9:43-48 is from the Greek word Gehenna. This term, is the Greek equivalent of the Hebrew word Hinnom, the name of a valley near Jerusalem, “used as a place to cast carcasses of animals and malefactors, which were consumed by fire constantly kept up.” (Liddell and Scott’s Greek Lexicon).

“Worm” which is in Greek “skōlēx” means “a maggot.” As Major, Manson, and Wright (The Mission and Message of Jesus, p. 123) comments, “The undying worm is not the symbol of a soul which cannot die, but is the symbol of corruption which cannot be purged.”

In Mark 9:43-48 Christ evidently refers to the same judgment fires of hell as those described in Isaiah 66:24, where we read:  “They [the righteous] shall go forth, and look upon the carcasses [“dead bodies,” A.R.V.] of the men that have transgressed against me; for their worm shall not die, neither shall their fire be quenched.”  We are told in so many words that the agencies of “work” and “fire” of hell are working, not upon disembodied spirits, but upon bodies, dead bodies.

In v. 43 “life” is set forth in contrast with “the fire that never shall be quenched.” And in Rom. 6:23 and many other scriptures “life” stands in contrast with “death.” In John 3:16, the contrast is between “everlasting life” and “perishing.” It is obvious that Jesus here intends the same contrast.“ The fire is not quenched” stands in opposition to “their worm dieth not,” and is an equivalent expression, yet it seems incongruous that maggots should pursue their work in the presence of hell fire. To declare that if a fire keeps ever burning, then whatever is cast into it keeps ever living, is to go contrary both to the evidence of our senses and to the testimony of Scripture.

There is nothing in the word skōlēx, “worm,” that even remotely justifies the popular explanation equating “worm” with “soul” (Isa. 66:24), a fact recognized by almost all commentators, whatever they may think personally about the state of man in death.

This page is also available in: हिन्दी (Hindi)The concept of an undying, immortal soul goes against the Bible, which teaches that souls are subject to death (Ezekiel 18:20). Man is…
View Answer 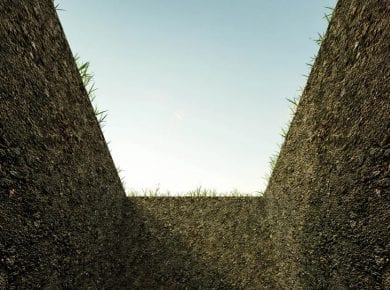 This page is also available in: हिन्दी (Hindi)Jesus taught that there is life after death and He assured that no one needs to fear death (John 11:25). Jesus lived, died,…
View Answer