Home Bible What are some Bible guidelines for co-signing for a loan?

God’s word offers words of wisdom in regard to the world of finance. There are the Bible guidelines for co-signing for a loan.

Scripture and Loan Guidance with a Business Partner

“Whoever puts up security for a stranger will surely suffer harm, but he who hates striking hands in pledge is secure” (Proverbs 11:15).

This verse advises against being a security, which could include being a co-signer, for a loan to a stranger. This would be someone in a business venture who wants to go in together. They may not be a close family member or friend. Typically, they are offering and even promising an incentive to make a lot of money quickly. However, this is often a foolish decision as there is little security to the co-signer and often leads to great financial loss. People are often led into such ventures by the allurement of financial gain with little investment. However, the one initiating the deal is often the only one who gains financially.

Co-Signing with a Friend

A believer should be careful when co-signing for his friend but should not co-sign for a stranger. Solomon the wisest man, says that the one who lends to his friend may be snared in two ways. First, by promising to be responsible for the payment of a sum larger than he can raise. Second, by putting too high a trust in the good will and ability of his friend. The Bible teaches that, “…the borrower is servant to the lender” (Proverbs 22:7). Thus, the possible co-signer must come the reality that they are now indebted and should make every effort to come out of that debt. If they are not able to reasonably do so, this should not be considered.

In addition, many friendships and family relationships have been destroyed by unwise business ventures and exchanges. One must really consider the necessity of the financial agreement and their own ability to invest. Consider the risks, which are financial as well as relational. The Bible says that, “But if any provide not for his own, and specially for those of his own house, he hath denied the faith, and is worse than an infidel” (1 Timothy 5:8). If the person co-signing puts the provision for their own family at risk, this should not be taken. If the co-signer is able to invest without risking harm to themselves, then it may be considered but they should always consider the security of their own family first and foremost.

The Bible and Loans in Summary

“Be not one of those who give pledges, who put up security for debts” (Proverbs 22:26).

A combining of these ideas suggests the following advice on pledging for a friend. First, pledge to a friend in need no more than you can afford at that time. Second, set money aside for the duration of the pledge so that you cannot be faced with a sudden demand for the payment of a sum that is beyond your ability to meet. Third, do not make a pledge, or co-sign, if it puts your own family’s well-being at risk.

Unfortunately, friends may fail, sometimes through carelessness, sickness, or poor business ability. Their failure will make the creditors pursue you as the lender using the law. Though Solomon warns against becoming surety for strangers (Proverbs 11:15; 17:18), he is also insistent that a man should help his friend and neighbor in time of need (Proverbs 14:21; 17:17; 18:24; 27:10). 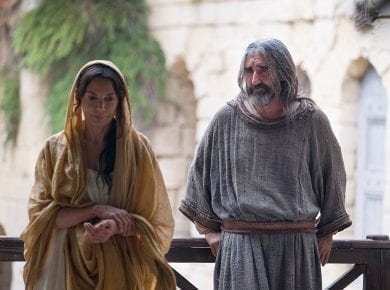 Aquila (a Latin name meaning eagle) was a Christian Jew born in Pontus and his wife Priscilla was a Roman born. The placing of Priscilla’s name first (Acts 18:18; Rom.…
View Post

The Lord tells us that all the Bible is inspired, “All scripture is given by inspiration of God” (2 Timothy 3:16). “Prophecy came not in old time by the will…
View Post