“But this thou hast, that thou hatest the deeds of the Nicolaitanes, which I also hate” (Revelation 2:6).

The Nicolaitanes is one of the heretical sects that plagued the churches at Ephesus and at Pergamum (v. 15), and perhaps elsewhere. Irenaeus identifies the Nicolaitans as a Gnostic sect: “John, the disciple of the Lord, preaches this faith [the deity of Christ], and seeks, by the proclamation of the Gospel, to remove that error which by Cerinthus had been disseminated among men, and a long time previously by those termed Nicolaitans, who are an offset of that ‘knowledge’ might confound them, and persuade them that there is but one God, who made all things by His Word” (op. cit. iii. 11. 1; ANF, vol. 1, p. 426).

There is also historical evidence of a Gnostic sect called Nicolaitans a century or so later. Some Church Fathers who report concerning this sect (Irenaeus op. cit. i. 26. 3; Hippolytus Refutation of All Heresies vii. 24) identify its founder as Nicolas of Antioch, one of the seven deacons (Acts 6:5). Whether the tradition concerning Nicolas the deacon is correct, we do not know, but the sect may be the same as the one mentioned by John.

According to the writings of the Early Church leaders, Nicolas taught a doctrine of compromise, implying that total separation between Christianity and the practice of occult paganism was not necessary. He did not teach the evil of mixing these belief systems with Christianity and why believers couldn’t continue to fellowship with those still involved in the black magic of the Roman empire. Compromise with the world always results in a weakened and powerless form of Christianity.

And in the 2d century adherents of this sect taught that deeds of the flesh do not affect the purity of the soul, and consequently have no bearing on salvation. But the Bible clearly teaches that good works are the fruits of the right kind of faith. “What does it profit, my brethren, if someone says he has faith but does not have works? Can faith save him? f a brother or sister is naked and destitute of daily food, and one of you says to them, “Depart in peace, be warmed and filled,” but you do not give them the things which are needed for the body, what does it profit? Thus also faith by itself, if it does not have works, is dead” (James 2:14-17). For these reasons, Jesus “hated” the “doctrine” and the “deeds” of the Nicolaitans.


In His service,
BibleAsk Team 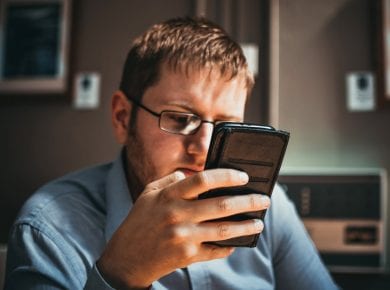 This answer is also available in: हिन्दीThe word wisdom is mentioned 141 times in the Bible. “Wisdom” is different from “knowledge” in that wisdom deals with character and behavior, whereas…
View Answer

This answer is also available in: हिन्दीThe English word Bible is from the Latin biblia. The word itself had the literal meaning of “paper” or “scroll” and came to be…
View Answer