The Catholic Church in 1965, as part of the Vatican II council, published a declaration entitled Nostra Aetate. The declaration presented an answer to the issue of Jewish responsibility for the crucifixion of Jesus. The document stated that modern-day Jews could not be held accountable for Jesus’ crucifixion.

But the Bible is clear that the nation of Israel was responsible for Jesus’ death. Matthew 26:3-4 tells us that “the chief priests, and the scribes, and the elders of the people, assembled together to the palace of the high priest, who was called Caiaphas. And they consulted so that they might take Jesus by guile and kill Him.” The Jewish leaders “plotted to put Him (Jesus) to death” (John 11:53) and then asked the Romans to crucify Him (Matthew 27:22-25).

“Then the chief priests and the Pharisees gathered a council and said, “What shall we do? For this Man works many signs. If we let Him alone like this, everyone will believe in Him, and the Romans will come and take away both our place and nation. And one of them, Caiaphas, being high priest that year, said to them, “You know nothing at all, nor do you consider that it is expedient for us that one man should die for the people, and not that the whole nation should perish” (John 11:47-50).

The Jews demanded of the Roman authorities, during the rule of Pontius Pilate, to inflict the death penalty on Jesus, “Then the soldiers of the governor took Jesus…And they stripped Him and put a scarlet robe on Him. When they had twisted a crown of thorns, they put it on His head, and a reed in His right hand. And they bowed the knee before Him and mocked Him, saying, “Hail, King of the Jews!” Then they spat on Him, and took the reed and struck Him on the head… And when they had come to a place called Golgotha…Then they crucified Him” (Matthew 27:27-37).

Also, the people and citizens of Israel have a part in the crime because they demanded the death of Christ when they shouted, “Crucify Him! Crucify Him!” as He stood on trial before Pilate (Luke 23:21) and asked for the release of Barabbas instead of Jesus (Matthew 27:21). Paul confirms “the Jews…killed the Lord, Jesus” (I Thessalonians 2:14-15) and Peter says the same thing (Acts 2:22,23).

But there is hope for all that rejected Christ and thus bear the responsibility of killing Him. When humanity sinned, God gave them the promise: “And I will put enmity between thee and the woman, and between thy seed and her seed; it shall bruise thy head, and thou shalt bruise his heel” (Genesis 3:15). Christ’s death was God’s perfect plan for the eternal redemption of His own (Romans 5:8; 6:23). God offered Jesus to death for our sin (2 Corinthians 5:21). So, now, anyone who accepts the blood of Jesus for forgiveness of sin can be reconciled to God, including all those that carry the responsibility for His death. 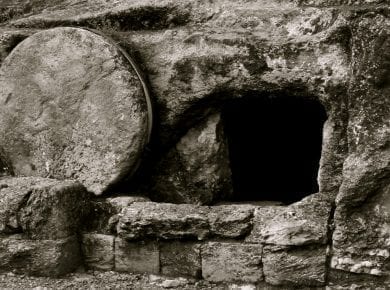 This answer is also available in: हिन्दीIn the heart of the Earth “For as Jonas was three days and three nights in the whale’s belly; so shall the Son of…
View Answer

This answer is also available in: हिन्दीYou have asked a good question that many people wonder about. Some have at one time thought of committing suicide because of some severe…
View Answer