Unicorns in the Bible

The wild bull often drawn on Assyrian monuments is known as rīmu. Some scholars identify a unicorn in the Bible with the Assyrian auroch due to a similarity between the Assyrian word rimu and the Hebrew word re’em. Fighting rimu was a popular sport for Assyrian kings. We learn from a abroken obelisk that Tiglath-Pileser I boasted of killing these animals in the Lebanese mountains. – Algernon Heber-Percy, A Visit to Bashan and Argob (London: The Religious Tract Society, 1895), 150.

Interestingly, Caesar found the unicorn in Gaul which he described as: “These uri are scarcely less than elephants in size, but in their nature, color and form are bulls. Great is their strength and great their speed. Nor do they spare man nor beast, when once they have caught sight of him. … Even when they are young, they cannot be habituated to man and made tractable. The size and shape of their horns are very different from those of our oxen.”- (De bello Gallico vi. 28).

Also, Eighteenth century reports from southern Africa designated rock drawings and eyewitness accounts of ferocious, equine-like animals. One such account described it as “a single horn, directly in front, about as long as one’s arm, and at the base about as thick. . . [It] had a sharp point; it was not attached to the bone of the forehead, but fixed only in the skin.”- Edward Robinson, ed., Calmet’s Dictionary of the Holy Bible revised edition (Boston, MA: Crocker and Brewster, 1832), 907–908.

Therefore, from the context of the word unicorn in the Bible, we can conclude that the unicorn was an animal of great power, like bulls and bullocks. And he had a prominent horn. We can also gather that it was not a domesticated animal used for agricultural purposes. 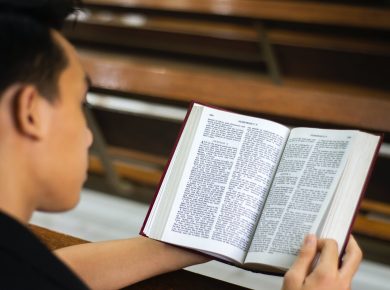 This page is also available in: हिन्दी (Hindi)There are so many translations of the bible that it is very difficult and confusing to know which one is the most accurate..…
View Answer 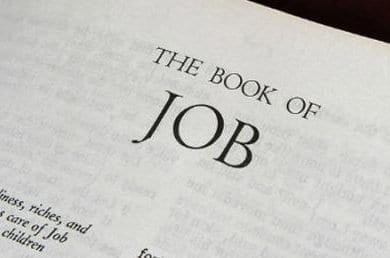 This page is also available in: हिन्दी (Hindi)Job, in the Bible, was a wealthy and righteous man living in the land of Uz around the 6th century BCE to the…
View Answer