They also known as Sunday laws, are laws designed to restrict or ban some or all activities on Sundays for religious reasons, particularly to promote the observance of a day of worship or rest. Blue laws may also restrict shopping or ban sale most often on Sundays in the western world. These laws are enforced in parts of the United States and Canada as well as some European countries, particularly in Austria, Germany, Switzerland, and Norway, keeping most stores closed on Sundays.

In the United States, the U.S. Supreme Court has held blue laws as constitutional numerous times citing secular basis, even though the origin of the blue laws were for religious purposes. Most blue laws have been repealed in the United States, although many states still ban the sale of alcoholic beverages or cars on Sundays. Bergen County, New Jersey is notable for their blue laws banning the sale of clothing, shoes, furniture, home supplies and appliances on Sundays kept through county-wide referendum.

Although most blue Sunday laws have been repealed in the United States, Bible prophecy predicts that Sunday observance will be reenacted again. For more information, check the following links:

In the soon future Sunday laws will be re-enacted again and Sunday as a day of worship will be legislated worldwide as a misguided solution to a global crisis. Here are few recent headlines:

“Should all stores close on Sunday to allow staff a day off to recuperate?” http://www.end-times-prophecy.org/sunday-fox.html

Mayor Cam Guthrie: After COVID-19, I suggest everything be closed on Sundays to rest (March 2020)

“Just putting this out there for consideration: Once we kick COVID-19’s butt, I’d suggest that everything be closed on Sunday’s again so that we can appreciate the importance of what taking a pause in our busy lives really means. I think our body, mind and soul would thank us.” https://twitter.com/CamGuthrie/status/1241586949879730176

Premier of Quebec closing businesses on Sundays in April, to give employees a chance to REST (March 2020)

“With a sudden upswing in positive COVID-19 cases and three more deaths, Premier François Legault has announced nearly all stores – including grocery stores – will close on Sundays for the month of April to give workers under intense pressure a break.” https://theprovince.com/news/quebec/most-quebec-stores-will-be-closed-on-sundays-as-coronavirus-cases-mount/wcm/ca148c14-0557-4145-b5ff-d173473baef8

“Women, Family and Community Development Deputy Minister Hannah Yeoh has proposed that Sunday be made as a ‘rest with family’ day … She said the proposal could also serve as part of preventive measures in dealing with work-related stress issues … so that those who work would have the time to rest on Sundays. If they don’t do so (get rest), they will be physically tired and get stressed to go to work the next day.” https://www.theborneopost.com/2020/01/12/sunday-should-be-made-rest-with-family-day-hannah-yeoh/

“Sunday is one step closer to being concretised as the 12th public holiday recognised by the laws of Antigua and Barbuda … this government is very happy to endorse the recommendations of those persons who got together. And we will make Sunday, for the first time in Antigua and Barbuda, a recognised public holiday.” https://antiguaobserver.com/lower-house-passes-the-public-holiday-amendment-bill-2019/

“Maybe it’s time to declare a national sabbath. Maybe it’s time to step back from the scandalmongering and assess who we are right now.” https://www.nytimes.com/2019/03/25/opinion/mueller-trump-no-collusion.html

“The new Italian government will introduce a ban on Sunday shopping in large commercial centres before the end of the year as it seeks to defend family traditions, Deputy Prime Minister Luigi Di Maio said on Sunday. In a bid to spur economic growth, the then Italian Prime Minister Mario Monti liberalised Sunday trading in 2012, despite pressure from the Roman Catholic Church and unions who said the country needed to keep its traditional day of rest … Earlier this year, Poland restricted Sunday shopping as the conservative government in Warsaw pushed ahead with what it said was a return to Roman Catholic values.” https://uk.reuters.com/article/uk-italy-sunday/new-italian-government-plans-to-curb-sunday-shopping-di-maio-idUKKCN1LP0HG

“The European Sunday Alliance is convinced that working on Sundays endangers the health and safety of workers as well as the social cohesion in our societies … Only a well-protected common work-free day per week enables citizens to enjoy full participation in cultural, sports, social and religious life and allows for reconciliation. That is why the European Sunday Alliance commits itself to safeguarding a work-free Sunday.”

See how they are pushing this now? Don’t be surprised to see Satan causing bad things to happen and linking it with not keeping Sunday as a day of rest, in order to bring about the Sunday law. https://www.cesi.org/protect-the-work-free-sunday/

“Responding to a recent opinion article by NorthJersey.com correspondent Jackie Goldschneider, the mayor said that protecting the blue laws, which prohibit shoppers from purchasing certain items on Sundays, ‘has always been and will continue to be my number one priority … As long as I am in office, the protection of our beloved blue walls will always be priority number one.”

Poland’s parliament has approved a bill that will almost completely phase out Sunday trading by 2020. The law – put forward by the ruling Law and Justice party and backed by unions and the Catholic church — will limit Sunday trade to two Sundays a month from March next year, and then one Sunday a month in 2019. From 2020, stores will only be allowed to open only on seven Sundays a year.” http://www.markofbeast.net/page3.htm 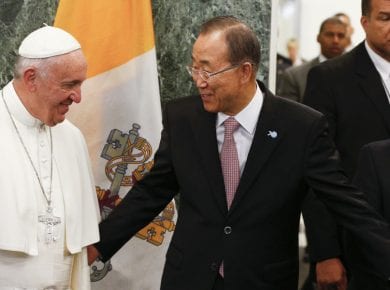 This answer is also available in: हिन्दीThe Ecumenical Movement stands for “The organized effort to bring about unity among Christians.” The word comes from the Greek oikoumene, which means “the…
View Answer 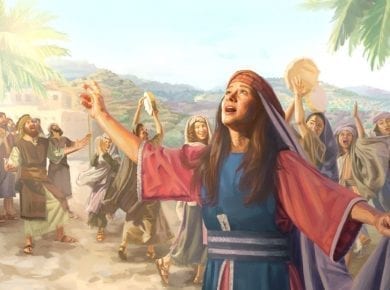 This answer is also available in: हिन्दीThe Song of Moses is a poem that is recorded in Deuteronomy 32:1–43 in the Old Testament. Most Bible scholars believe it was written…
View Answer