There are different degrees of demonic control or possession.  All who do not submit to the work and convictions of the Holy Spirit are in some way or another under the control of Satan. For Jesus said, “He who is not with Me is against Me, and he who does not gather with Me scatters” (Luke 11:23 also Romans 6:12–16; 2 Peter 2:18, 19). Thus, every thought, word, and deed that is not according to the will of God, whether it is pride, selfishness, or any kind of wickedness, is in a sense an evidence to demon control. For every agreement to do evil leads the mind or body away from God’s will.

The main difference between those who respond occasionally and those who respond frequently to the inclinations of Satan is a difference of degree and not of kind. The life of King Saul is a clear illustration of those who yield to the control of demons (1 Samuels 13:8–14; 15:10–35; 16:14–23; 28:1–25).

Not only are there degrees of demon control or possession but there are also different forms in which it is demonstrated. Sometimes the devil can achieve his plans more effectively by allowing his victim to have self-control over his mental and physical abilities. At other times, the devil distorts the mind and body and leads his victim to clearly exhibit bizarre and hostile actions. Those who are only partially under the control of evil angles and do not exhibit the signs that are often typically related with demon possession are the ones that can be effectively used by Satan because they are harder to recognize.

The same demons that possessed the maniac of Capernaum also controlled the Jewish religious leaders at Jesus’ time. These leaders planned and plotted to kill Jesus and finally succeeded in crucifying Him (John 8:44). Another example is Judas who was even one of Jesus’ disciples. This disciple preached the gospel and did miracles, yet he betrayed his Lord. Judas was “possessed” in a similar manner as the Jewish leaders by an evil spirit (Luke 22:3; John 6:70, 71; 13:27; Matthew 16:23). 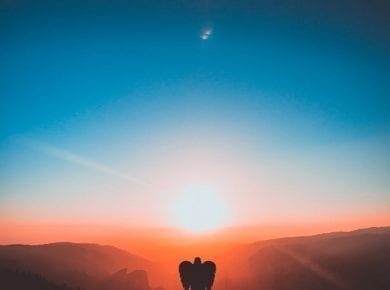 How big is an angel? Or what’s the size of an angel? Angels are a different order of beings than humans. While angels are spirits and not physical beings (Hebrews…
View Answer