Question: Are the traditions of Easter such as the bunny and eggs taken from Paganism?

The Easter bunny and colored eggs have become a prominent symbol of Christianity’s most important holiday, Easter.  However, these traditions have no basis in the Bible.

The exact origin of the Easter bunny (the mythical creature) are unclear. However, rabbits are known to be prolific pro-creators. For this reason, they became an ancient symbol of fertility and new life.

The Easter bunny was introduced to America in the 1700’s by German immigrants who brought over their stories of an egg-laying hare. This was part of a festival to the goddess Eostre whose symbol was a rabbit or hare. She was believed to be the mother of all things and giver of new life. Hence, why this festival was held in the Spring near the time of the biblical account of Easter which occurs near Passover.

Egg traditions appeared in the pre-dynastic period in pagan Egypt. It also was found amid the early cultures of Mesopotamia and Crete. Eggs were associated with death and rebirth. Representations of ostrich eggs in gold and silver were commonly placed in graves of the ancient Sumerians and Egyptians as early as 5,000 years ago.

This custom of the Easter egg was later practiced by early Christians of Mesopotamia. From there it spread into Russia and Siberia through the Orthodox Churches. Later, it came to Europe through the Catholic and Protestant Churches. Thus, Christianity has been influenced by practices in paganism.

The decoration of eggs is believed to date back to at least the 13th century. In the 18th Century, Jakob Grimm theorized a pagan connection to Easter Eggs with a goddess named Ostara. This was a suggested German version of Eostre.

The focus should be on Christ

Sadly, the focus on these empty traditions and practices have often diverted the attention of our children from the true meaning of Easter. The focus should be on the Resurrection and the great story of Redemption. Therefore, parents should make purposeful efforts to lead their little ones to see the love of God and His great sacrifice on behalf of humanity (John 3:13). The celebration of Easter in our culture today is a mix of Christian and pagan traditions. Thus, it would be best to hold fast to what is true and abstain from customs of this world. “…for what fellowship hath righteousness with unrighteousness? and what communion hath light with darkness?” (2 Corinthians 6:14).

Paul urged believers, “Do not conform to the pattern of this world, but be transformed by the renewing of your mind. Then you will be able to test and approve what God’s will is—his good, pleasing and perfect will” (Romans 12:2). 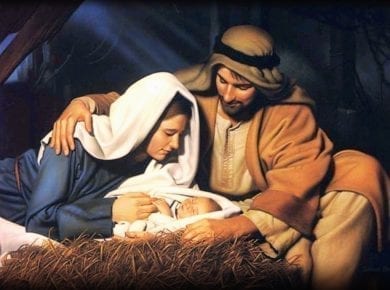 This answer is also available in: العربية हिन्दीWhile the Catholic Church may conduct a mass on Saturday, their official day of worship is Sunday. The Roman Church claims that it…
View Answer