Infallible means, “incapability of error.”  The Popes claims infallibility, the position of God on Earth, and the ability to judge and excommunicate angels. Here are some of these claims from Catholic literature:

“Take care that we lose not that salvation, that life and breath which thou hast given us, for thou art our shepherd, thou art our physician, thou art our governor, thou art our husbandman, thou art finally another God on earth (emphasis added).” Christopher Marcellus addressing Pope Julius II during the Fifth Lateran Council which began in 1512, as quoted in Alexander Hislop, The light of prophecy let in on the dark places of the papacy (London: William Whyte and Co., 1846): 91 and Letters between a Catholic and a Protestant on the doctrines of the Church of Rome originally published in Borrow’s Worcester Journal (Worcester Journal, 1827): 29.

“It seems that Pope John Paul II now presides over the universal Church from his place upon Christ’s cross.”  Auckland Bishop Says Pope Presides From the Cross” (Zenit, September 20, 2004).

“Furthermore, we declare, we proclaim, we define that it is absolutely necessary for salvation that every human creature be subject to the Roman Pontiff.” Pope Boniface VIII, Unam Sanctam (Rome: 1302).

“We hold upon this earth the place of God Almighty…” Pope Leo XIII, Praeclara Gratulationis Publicae—The Reunion of Christendom (Rome: 1894).

“But the supreme teacher in the Church is the Roman Pontiff. Union of minds, therefore, requires, together with a perfect accord in the one faith, complete submission and obedience of will to the Church and to the Roman Pontiff, as to God Himself.” Pope Leo XIII, Sapientiae Christianae: On Christians as Citizens (January 10, 1890).

It is clear that “the Popes have never reproved or rejected this title” António Pereira de Figueiredo, “Tentativa theologica: Episcopal rights and ultramontane usurpations” (J. Masters, 1847): 180.

The Bible does not support the belief of papal infallibility. It declares that “all have sinned, and come short of the glory of God” (Roman 3:23). This includes the popes. These boasts of the Papal State fulfill the Bible’s prediction of what the Antichrist power would do:

“And he shall speak great words against the most High, and shall wear out the saints of the most High, and think to change times and laws” (Daniel 7:25); “And there was given unto him a mouth speaking great things and blasphemies; and power was given unto him to continue forty and two months. And he opened his mouth in blasphemy against God, to blaspheme his name, and his tabernacle, and them that dwell in heaven” (Revelation 13:5-6).

Blasphemy has two definitions in Scripture: Claiming to forgive sins (Luke 5:21) and Claiming to be God (John 10:33). The papacy undermines Jesus by setting up a system of confession to an earthly priest, thus bypassing Jesus, our High Priest (Hebrews 3:1 8:1, 2) and our only Mediator (1 Timothy 2:5) and by claiming to be God as shown in the above quotes. 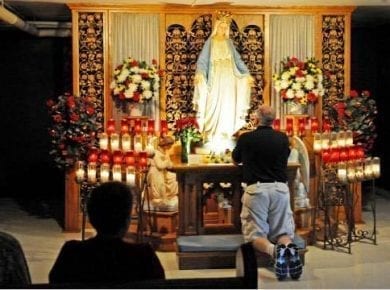 This page is also available in: हिन्दी (Hindi)The Lord Himself warned us against idolatry saying: “You shall not make for yourself a carved image—any likeness of anything that is in…
View Answer 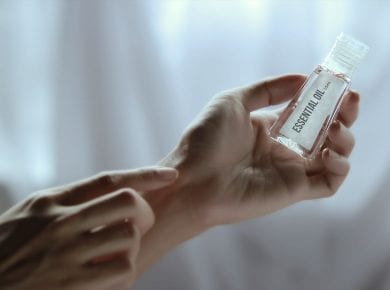 This page is also available in: हिन्दी (Hindi)In the Bible, oil is a symbol for the Holy Spirit (Matthew 25:1-13). Anointing with oil was used in the Old Testament for…
View Answer