The Tower of Babel

After the flood, the leaders of the earth, that spoke one language, united and declared, “Come, let us build ourselves a city, and a tower whose top is in the heavens; let us make a name for ourselves, lest we be scattered abroad over the face of the whole earth” (Genesis 11:4).

God did not want again to destroy humanity for their evil. For their wickedness had not as yet reached the levels to which it had gone before the Flood. So, He planned to check it before it should again reach that level. So, in mercy, He confused their tongues. By this action, He forced them to separate and spread upon the earth. And he prevented their future united action. Thus, the division of languages, became an obstacle to human evil plans to uniting politically and economically.

There is an archeological proof to the confusion of tongues at the tower of Babel in the early Mesopotamian literature. This reference is found in the Sumerian epic entitled “Enmerkar and the Lord of Aratta.” Here is the Kramer translation:

There was no wild dog, no wolf, There was no fear, no terror, Man had no rival. In those days, the lands of Subur (and) Hamazi, Harmony-tongued Sumer, the great land of the decrees of princeship,

Uri, the land having all that is appropriate, The land Martu, resting in security, The whole universe, the people in unison To Enlil in one tongue [spoke] … (Then) Enki, the lord of abundance (whose) commands are trustworthy,

The lord of wisdom, who understands the land,

The leader of the gods, Endowed with wisdom, the lord of Eridu Changed the speech in their mouths, [brought] contention into it, Into the speech of man that (until then) had been one.”

As you can see, from the above passage, there is reference to what happened at the tower of Babel, and how languages were changed, which in turn led to people to spread across the earth to populate it, as God instructed.

This answer is also available in: हिन्दीThe idea that a person who is slain in the spirit should fall to the ground and wallow and mutter is not Biblical. The…
View Answer 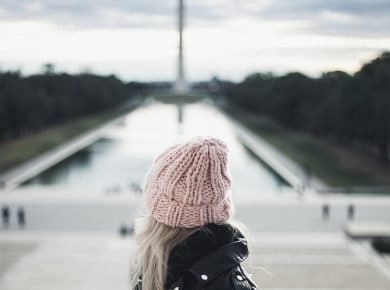