In order to answer this question, let’s review some facts:

First: The Bible does not teach that Noah took aboard the ark two of every “species” of animal on Earth. Noah took aboard the ark two of each “kind” of animal which possessed enough genetic variety so that each kind, thousands of years later, could yield offspring that is significantly different. This would narrow the count to around 35,000 individual vertebrate animals, plus the small, non-marine arthropods and worms.

Second: Supposing that the cubit in Noah’s day was 17.5 inches (a most conservative “cubit” considering the Egyptian cubit, the Mesopotamian cubit, and the “long” cubit of Ezekiel 40:5 which all exceeded this measurement by two inches), then Noah’s ark would have been at the very least 437.5 feet long, 72.92 feet wide, and 43.75 feet high. The available floor space of this three-decked barge was over 95,000 square feet, the equivalent of slightly more than 20 standard basketball courts, and its total volume was 1,396,000 cubic feet, which means the Ark had a carrying capacity equal to that of 522 standard stock cars as used by modern railroads.

So, if 240 animals of the size of sheep could be accommodated in a standard two-decked stock car, then 35,000 animals could be housed in less than 150 such cars, which is less than 30% of the ark’s total capacity. Therefore, it is clear that the dimensions of the Ark were sufficiently great to accomplish its intended purpose of saving alive the thousands of kinds of air-breathing creatures. Also, God likely allowed Noah to take young animals into the ark, instead of those that were fully grown, in order to save space and reduce the amount of necessary food.

This answer is also available in: हिन्दी“The heavens declare the glory of God; and the firmament sheweth his handywork” (Psalms 19:1). This question has captivated scientists as well as philosophers…
View Answer 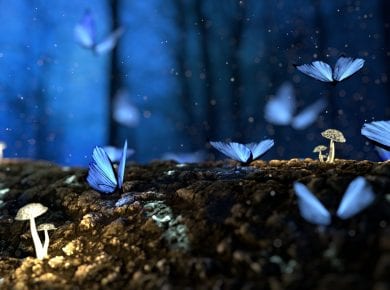 This answer is also available in: हिन्दीAtheists claim that the existence of everything in the universe must be explained by natural processes. Dr. Robert Hazen, a scientist at the Carnegie…
View Answer