A mind reader reading the minds of people he just met. I’m sure a lot of you already saw this video by now, but it really got me thinking:

Did you know that facebook filed documents with the government that will allow them to sell shares of stock to the public. It is estimated to be worth at least $75 billion. Facebook’s inventory consists of personal data — yours and mine.

Ads that pop up on your screen might seem harmless. But they are much more than that. The bits and bytes about your life can easily be used against you.

Advertisers choose key words— like relationship status, location, activities, favorite books and employment — and then Facebook runs the ads for the targeted subset of its 845 million users.

It is serious even the Internal Revenue Service searches Facebook and MySpace for evidence of tax evaders’ income and whereabouts, and United States Citizenship and Immigration Services has been known to scrutinize photos and posts to confirm family relationships.

Today, your personal info is public knowledge. Don’t be surprised this was predicted in the Bible.

”the time of the end: many shall run to and fro, and knowledge shall be increased.” (Daniel 12:4).

This is one of the end time prophecies. This prophecy has predicted the amazing advances of science and the explosion of general knowledge at the time of the end. The Information Age makes this sign very clear. Even the most skeptical mind realizes that.

Knowledge is exploding in all directions. It is said that 80 percent of the world’s total knowledge has been brought forth in the last decade and that 90 percent of all the scientists who have ever lived are alive today.

We cannot know the exact day and hour of Christ’s return (Matthew 24:36), but we can be confident that we are the people who will live to see Jesus return.

So, be ready for Christ’s soon coming! 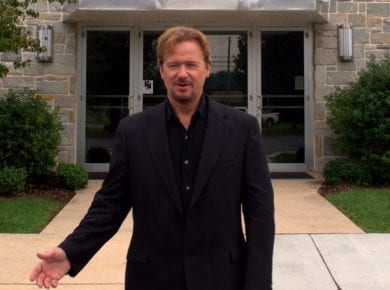 The United Methodist church defrocked Pastor Frank Schaefer from central Pennsylvania on Thursday for violating doctrine by officiating his son’s gay marriage, leaving the minister shocked and upset that he…
View Answer

Pope Francis said Wednesday that “the world is at war” as he addressed the slaying of a Catholic priest by radical Islamists in France. The killing of the priest —…
View Answer