A belly-button (navel) is a mark that a person was connected before birth to his mother’s womb. This connection relied on the umbilical cord for receiving the necessary and vital nourishment from the mother’s body for development and growth of the unborn.

Adam and Eve, didn’t develop in their mother’s womb. They had a supernatural creation. They were formed directly by the hands of God. The Bible record tells us that “the Lord God formed man of the dust of the ground, and breathed into his nostrils the breath of life; and man became a living being. And the Lord God caused a deep sleep to fall on Adam, and he slept; and He took one of his ribs, and closed up the flesh in its place. Then the rib which the Lord God had taken from man He made into a woman, and He brought her to the man” (Genesis 2:7,21-22). Thus, Adam was molded from clay and Eve from Adam’s rib.

When God created Adam and Eve, He made them in the prime of their youth in the fullness of maturity. They didn’t have belly bottoms. And the Creator certainly would not give them belly-buttons for that would be a false indication that they had developed in a mother’s womb. God does not give untruthful information. He doesn’t lie. The Bible declares, “God is not a man, that he should lie” (Numbers 23:19).

The truth is that the absence of a belly-buttons on Adam and Eve’s bodies is the biggest proof of their direct creation by God. As time passed, they were able to testify to their grandchildren and their grandchildren for many years of their story and of how they were made of the dust of the earth by their Creator. This would be an everlasting sign on their bodies to how they came into existence.

This answer is also available in: हिन्दीThe question of whether science proves or disproves the existence of God has been asked by many people. One of the good answers we…
View Answer 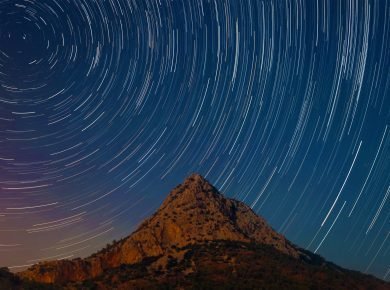 This answer is also available in: हिन्दीThere are a few mentions of heavenly constellations in the Bible. Many religious scholars talk about “the eye of God” one such starry constellation…
View Answer